In July of 1863 a series of mob actions best known as “the Draft Riots” ravaged New York City. The timeline of actions is well documented. The riots began on Monday, July 13th as a violent protest to the enactment of the nation’s first military draft and were quelled by military intervention on July 17th. From the initial attack on the draft offices at 3rd Avenue and 47th Street, the mob violence became a racist massacre. White-working class New Yorkers, both immigrant and native born, targeted the city’s Black communities and allies.1

For four days mobs assaulted, tortured, and killed Black New Yorkers in the streets and targeted their homes, businesses, and churches for destruction. Abolitionist and pro-Union newspapers, organizations, and politicians were similarly attacked. At least 120 people were killed, over 2000 injured, and an estimated 25% of the City’s Black population displaced; although many historians believe the death toll to be much higher.

Accounts of the Draft Riots by Black journalists and community leaders allow us to examine the collective memories of the event, and trace the many ways the Black community responded to and recorded this horrific violence.

The July 25th edition of the Weekly Anglo-African newspaper opened with the following notice from the editors:

It is hardly necessary to say that we issued no paper last week. Our life would have been endangered had we attempted to approach our office. We are compelled to omit much interesting matter for the want of room and to give that which was set up for last week’s paper; but we will endeavor to make amends in our next issue.”2

For the thousands of Black New Yorkers affected by the riots, newspapers such as the Anglo-African became vital sources of information on where to seek aid, as well as a forum for community leaders to address the violence that had just occurred. Founded by brothers Thomas and Robert Hamilton in 1859, the Anglo-African was one of the most prominent Black newspapers published in New York and one of the most influential in the country. As a leading voice for Black political discourse, the offices of the Weekly Anglo-African at 50 Beekman Street became a target for the white mob. Resuming publication, the paper devoted the vast majority of its next issues to accounts of the riots.3

The July 25th edition of the Anglo African announced the formation of the Committee of Merchants, a new charity organized by wealthy white New Yorkers to assist Black victims of the riots. The addresses for charity distribution sites as well as police stations, event halls, and churches where refugees could find temporary shelter were also recorded. In the August 1st and 8th editions of the Anglo-African, a “List of Colored Sufferers from the Late Mob” was published that contained over two hundred names with the corresponding estimate of property damages. Claims ranged from $5.00 to $9,150.4 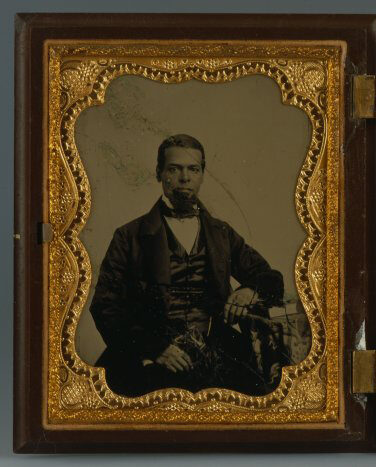 Albro Lyons, one of the men on that list, was a prominent Black merchant who ran a ship outfitting business and boarding house for Black sailors. A mob looted and severely damaged his family’s home in the riots, and Lyons submitted for reparations.

The City and the Committee of Merchants treated the Lyons better than others impacted by the riots—the Lyons Family received $2,000 in total, and more importantly, were believed in their claims. Many others seeking similar damages were accused by the police and the City of lying or misrepresenting what they’d experienced.

How to respond then, when injustice continued after injustice? 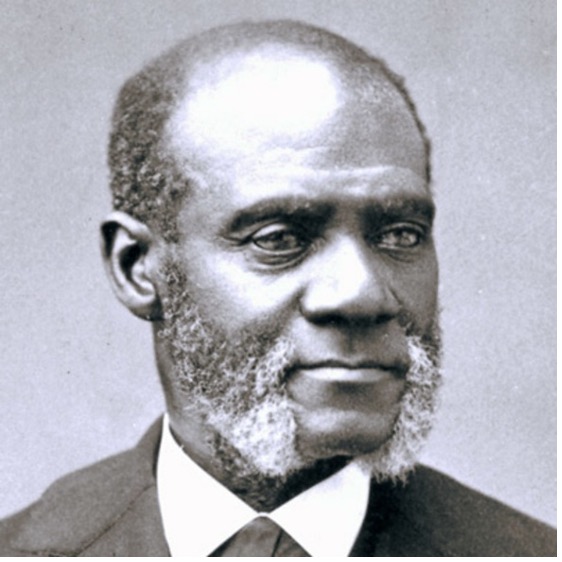 Black churches proved vital in the relief and recovery efforts that followed. Shiloh Presbyterian Church, located a mere ten blocks from the current site of the Tenement Museum, had been led by Reverend Henry Highland Garnet since 1857. Garnet was born into slavery in Maryland before escaping to New York with his family in 1824, where he rose to prominence as one of the leading voices in the national anti-slavery movement. His speeches and writing appeared frequently in the pages of the Anglo-African.

Garnet, along with other Black ministers, began immediate outreach efforts after the riots, organizing the collection and distribution of donated supplies and money and making over 3000 house visits.

Garnet came to serve as a voice for the Black community to white New Yorkers struggling to understand the riots. Garnet’s letter to the Merchant’s Committee, signed by eight other prominent members of New York’s Black clergy, was widely circulated in both the black and white presses.5 In addition to thanking the committee for their aid and support, the letter reminds a white audience, who were sympathetic to Black riot victims that such concern was late coming, and provides recommendations on how to continue to support the Black community going forward:

“If in your temporary labors of Christian philanthropy, you have been induced to look forward to our future destiny in this our native land, and to ask what is the best thing we can do for the colored people? This is our answer. Protect us in our endeavors to obtain an honest living. Suffer no one to hinder us in any department of well directed industry, give us a fair and open field and lets us work out our own destiny, and we ask no more…” 6

Garnet’s own analysis of the riots, along with accounts from other Black clergy, differ markedly from prevailing ideas of the riots as a spontaneous act of violence by Irish mobs. While Garnet and others agree that Irish immigrants participated in the riots, they would point to instances of aid and support provided by Irish neighbors and organizations during and after the riots. The Black presses would instead lay most of the blame on anti-war Democratic politicians and the city’s numerous pro-confederate and pro-slavery newspapers for deliberately inciting violence.7 Other contributors, such as reverend James WC Pennington, wrote that in many Black neighborhoods, warnings of increasing tension, insults, and threats from white neighbors went unheeded by authorities:

“…for more than a year the riot spirit had been culminating before it burst forth. The police authorities were frequently applied to, by respectable colored persons without being able to obtain and redress when assaulted and abused in the streets. We have sometimes pointed to the aggressors but no arrests have been made.”8

Citing the lack of police action, as well as incidents of successful self-defense efforts during the riots, calls to arm and organize to prevent future violence became frequent refrains in the Black press. Similarly, community leaders used the riots to renew demands for New York’s governor to allow Black men to enlist in the state’s military units. As Black men were not yet citizens, their eligibility for service was left up to the states. Mounting political pressure eventually forced Governor Horatio Seymour to signal his approval. In November, the Union League Club successfully recruited, equipped, and funded the creation of three colored regiments, celebrating their muster into service with a parade down many of the same streets that had seen the worst of the rioting.9

Throughout August of 1863 and beyond, greatly attended memorials for victims of the riots were held in the repaired Black churches of lower Manhattan. Funds were raised for the reconstruction of the Colored Orphan Asylum and other sites lost to mob violence. Black community leaders, like Henry Highland Garnet, continued to strengthen public alliances that emerged in the wake of the riots while parlaying raising influence into further guarantees of rights and protections for Black New Yorkers.

Despite repeated calls to return home in the Black presses, however, many refugees of the Draft Riots could not or would not attempt to make a home in Manhattan again. Albro Lyons refused to return to New York, and resettled his family in Providence. The exodus of Black families out of Manhattan continued throughout the rest of 1863, as landlords and employers, fearful of future riots, refused to rent to or hire Black applicants. By 1864, the black population of New York fell to its lowest level since 1820.10

The Black press and community groups worked together to find resources to help their communities rebuild and speak out about the violence they faced. However, the series of events in mid-July 1863 continue to be remembered as the Draft Riots, a moment where working class New Yorkers fought against an unfair conscription system. In examining the Draft Riots, it is important that we ask, why the individuals and communities victimized by the event are not central to our memory of it?

1 For more background on the riots including how these events affected Joseph and Rachel Moore, subjects of our upcoming tour, see HERE

4 The Free Library. S.v. A fair and open field: the responses of black New Yorkers to the Draft Riots..” Retrieved Jul 23 2021 from https://www.thefreelibrary.com/A+fair+and+open+field%3a+the+responses+of+black+New+Yorkers+to+the…-a0339255270

7 This analysis more closely matches contemporary scholarship on the riots. Although many rioters were Irish, the mobs were made up of poor white New Yorkers of various backgrounds who were supported by wealthier elites before and after the riots in the Press, Many Irish immigrants worked to suppress the riots, protect their Black neighbors from the mobs, and raised money for riot victims.

8 Pennington, JWC, 1863. Position and Duties of the Colored People: Or the great lessons to be learned from the late riotous attack upon them in New York. Notes from a lecture given in Poughkeepsie, NY August 24th 1863. In Freedom’s Journey: African American Voices in the Civil War. Donald Yocovone, Ed. Lawrence Hill Books, Chicago. 2004. Pages 86-87.