The din of construction in New York City is a sign of the return to a sense of normalcy. The constant shaping and reshaping of the city continues, even in a pandemic. As we begin to consider how its landscape and infrastructure may evolve, let’s look at a case study of one vision that never came to be: The Lower Manhattan Expressway — or LOMEX for short.

Physically, its design was drastic. Cutting a swath across Lower Manhattan, it would have been a 10-lane highway that was to connect the Williamsburg and Manhattan Bridges with the Holland Tunnel allowing for easy access through the city. Two thousand people and 800 business were to be relocated for the construction. The proposed path also would have destroyed 97 and 103 Orchard Street, the historic buildings the Tenement Museum currently uses!

Proposed initially by the Regional Plan Association of New York in 1929, it would eventually be taken up by that perennial New York figure Robert Moses. A public official since the 1920s, Moses had a massive influence on the city. He would serve as New York City Parks Commissioner and New York State Commissioner. Under his power plans for LOMEX would slowly develop, and by the early 1960s construction was poised to begin. 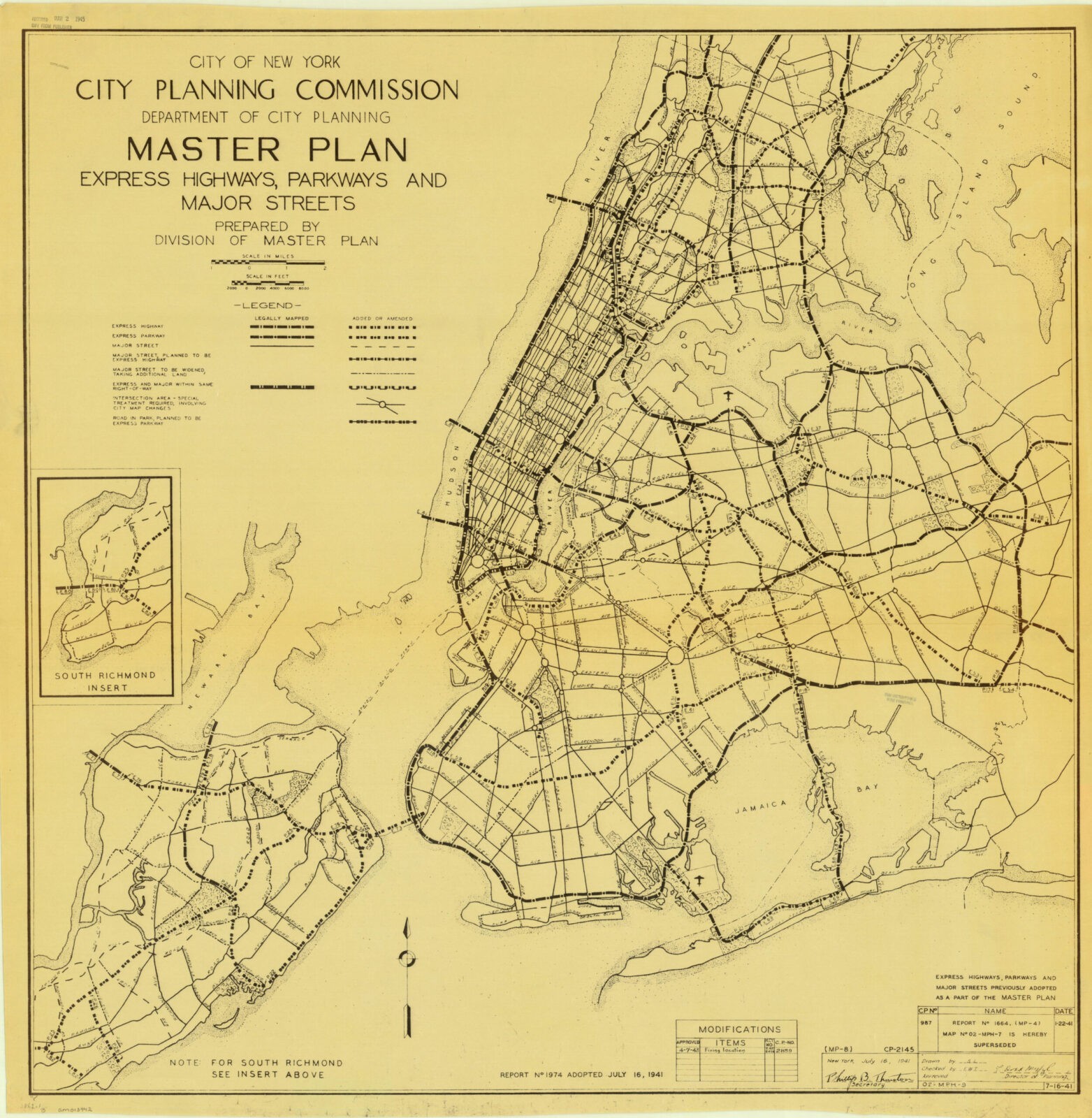 By this time the Lower East Side was no stranger to having its urban topography altered. Long considered a “slum,” buildings were torn down throughout the early 20th century, to make way for bridges, street widening, and broad urban renewal. An earlier Moses project, the Cross Bronx Expressway, cut a deep trench through the borough cleaving it in two, with apparent little regard for those who lived in the affected neighborhoods. With the possibility of LOMEX finally being built action had to be taken.

Enter Jane Jacobs, a neighborhood activist known for her seminal work The Death and Life of Great American Cities. After frustrating Moses’ plans in the West Village, she was asked to help halt the construction of the new highway. Quickly forming the Joint Committee to Stop the Lower Manhattan Expressway, Jacobs hosted rallies, wrote jingles and op eds, and even got arrested for protesting a meeting in 1968.

By the time of Jacob’s arrest, LOMEX’s position was tenuous, a 1962 budget request for the highway was rejected. Before the final blow though, one last idea for LOMEX was floated. Architect Paul Rudolph was brought on to reimagine the project by burying it underground. The subterranean highway would only be a part of Rudolph’s striking design. Buildings, some sixty stories tall, made out of prefabricated concrete pieces were to be assembled along the route of the highway. 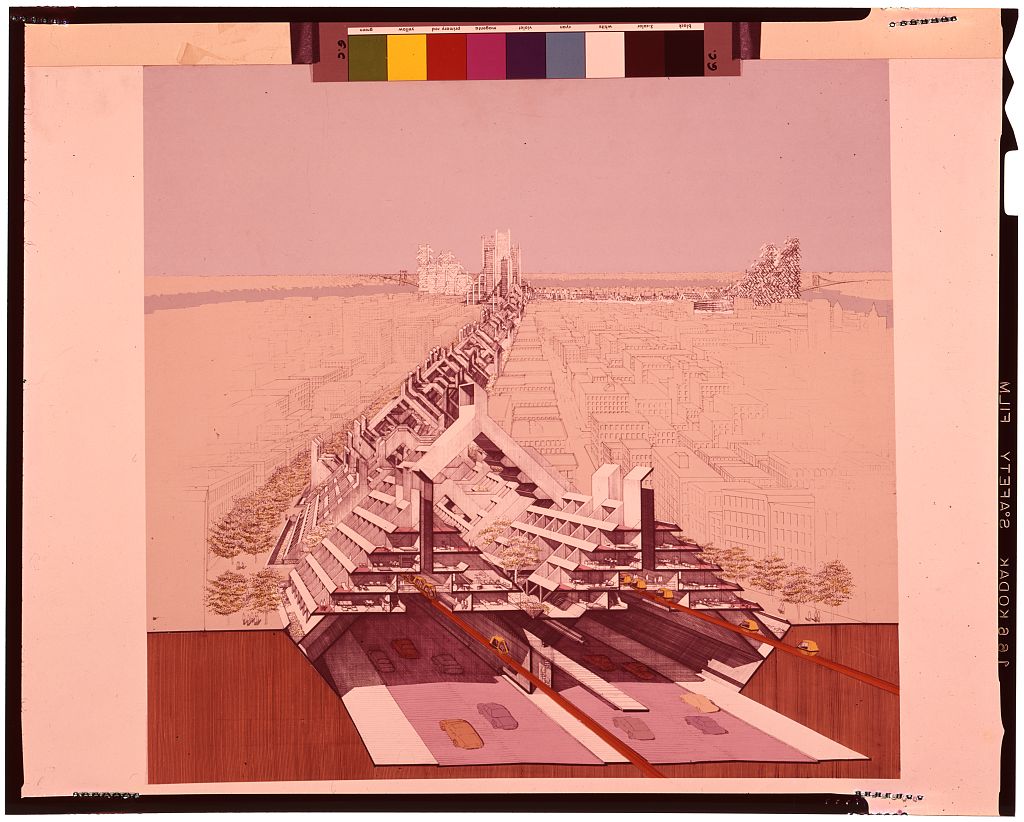 Grand and bold in its design, and akin to something out of a World’s Fair exhibit or the futuristic world of Blade Runner, Rudolph’s designs too would not come to fruition. Neighborhood activism like that practiced by Jacobs and others was only a part of LOMEX’s demise. Apathy on the part of subsequent mayoral administrations, New York’s increasing fiscal decline and concern over the loss of historic architecture were wrapped up in a larger rejection of urban renewal. As we consider how infrastructure and urban design will adapt to our current challenges, the story of LOMEX is one that illustrates the roles of government, community, and industry in shaping our cities.