Learn about the history of hip hop, and then read our interview with hip hop photographer Joe Conzo.

Being born and raised in the Bronx has its benefits. From a young age, I was immersed in one of the most unique and popular cultures that exists, hip hop. Hip hop culture is a flexible, creative form of expression that innovates with whatever there is around and makes something raw and new. Ultimately, it was the blending of European, Latin, Caribbean, and African cultures that became common practice, revealing a path to the creation of other genres that remain extremely relevant today. One of the original, primary strengths of hip hop was that it allowed young, creative Black and Latino youth to create art that reflected the reality of their lives, of the neighborhoods around them, and of the wider social circumstances in which they found themselves.

During the late 1960s, the inflation of housing in New York City led to many immigrants moving from Manhattan to the Bronx. The population boom in the Bronx led to a playful fusion of Latin, jazz, and R&B musical genres with English and Spanish lyrics. This fusion was not only between Black and Latino cultures, but also Caribbean culture. It showed how life in the Bronx lived side by side in neighborhoods throughout the city.

Latin music went through a transition. What became known as “salsa” — the same Afro-Cuban-based music as mambo but with urban, grittier instrumentation and arrangements — reflected the tensions and problems of living in New York City’s poorest neighborhoods. The leader in this Latin genre was Fania Records, which was founded by Jerry Masucchia, a former lawyer and cop from Brooklyn, and Johnny Pacheco, a Dominican musician who grew up in Mott Haven, Bronx. Some popular musicians had mainstream hits like Pete Rodríguez’s “I Like It Like That” and Hector Rivera’s “At the Party,” both still very popular today. This culture fusion is a prime example of America as a “melting pot.” It shows just how different cultures influence the world to create something great. 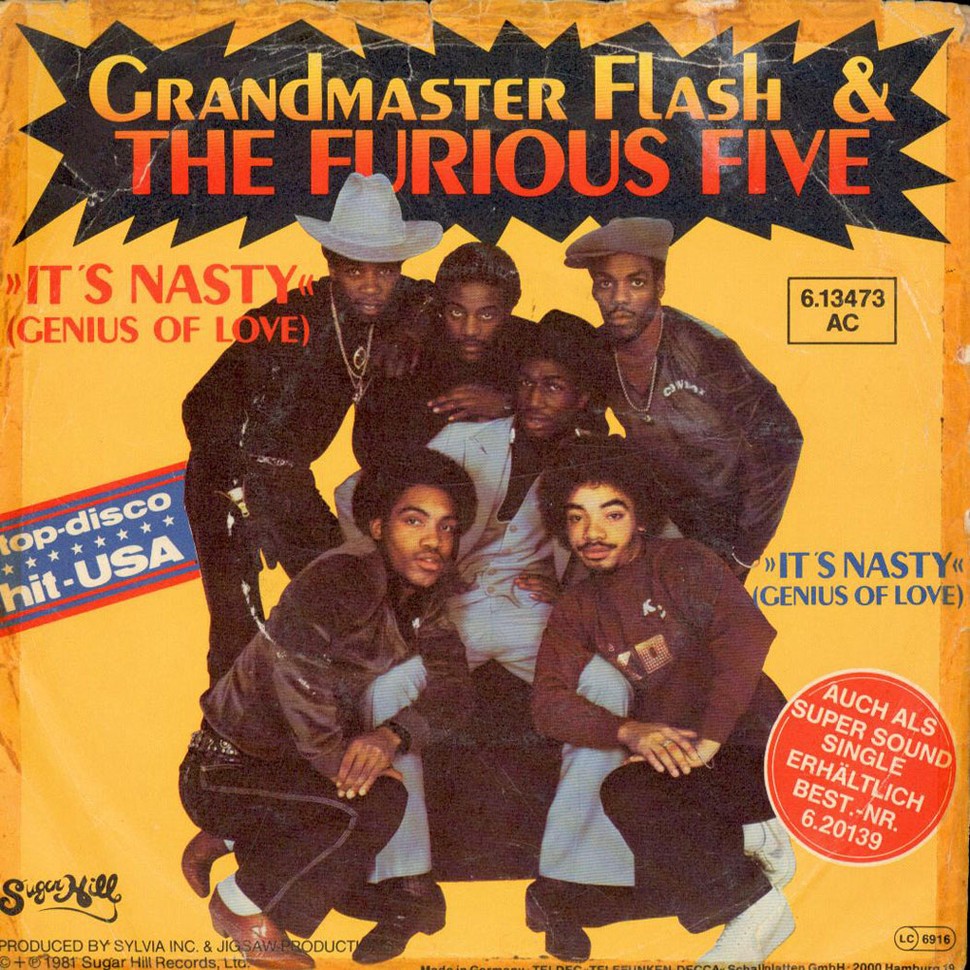 In the 1970s, the Puerto Rican, Black, Jamaican, and other Afro-Caribbean communities in the Bronx began to influence the different threads of hip hop culture. In 1973, DJ Kool Herc from Jamaica played his “breakbeats” spinning with MC Coke La Rock, who rapped in the style of the Jamaican sound system “toasts,” a regional style of lyrical chanting. Grandmaster Flash (of Barbadian descent) was another pioneer with his group the Furious Five, with hits like “The Message” in 1982. Today, these groundbreaking musicians are known as the founding fathers of Hip Hop.

Beginning in 1977, DJ Afrika Bambaataa began organizing block parties and breakdancing competitions around the Bronx. His admirable turntable techniques and knowledge of music led many to proclaim him the best DJ in the business (while some maintain that Grandmaster Flash and DJ Kool Herc were more innovative). His record debut as a producer came in 1980 with Soul Sonic Force’s “Zulu Nation Throwdown.” The single was a rallying cry for the Zulu Nation, a group of like-minded Afrocentric musicians who gained fame in the late ’80s but had been influencing the rise of hip hop crews since the late ’70s.

Immigration was a leading influence on hip hop’s beginnings. Soon, this blending of music from immigrant cultures spread from the Bronx to new neighborhoods, like Harlem, Flatbush, East Elmhurst, and even the Lower East Side. Without the influence of Latino, Caribbean, and African American culture, the genre would not be what it is today.

In a way, music leveled the playing field for people of color. The young people of the Bronx were able to create art forms that became a powerful message of defiance to those who wanted to silence them. Hip hop music inspired young people around the world who found themselves in similar circumstances. By using their own languages and musical traditions, drawing upon their own ways of dancing, and creating visual images, they have kept hip hop alive and fresh for more than 50 years, never forgetting where it started— right in the Bronx.

A lot of people like to think of hip hop as just one thing, or that one group of people is responsible for it, but neither is true. Hip hop allowed the voice of the poor and the working class into the mainstream. Today, hip hop remains one of the top grossing music genres. Thanks to the origins of hip hop in the Bronx and the work of DJ Kool Herc, Afrika Bambaataa, and more, we have the Jay-Zs, Kanyes, Cardi Bs, and Nickis we have today.Hip hop is a reflection of the cultural diversity found in America’s cities resulting from immigration.

Like most art forms, hip hop has evolved from its inception. I had the opportunity to interview someone who witnessed and documented the birth of this movement, Joe Conzo. A native of the Bronx, he spent years photographing the emerging hip hop scene, published in the book Born in the Bronx: A Visual Record of the Early Days of Hip Hop. You can read my interview with him for the Tenement Museum here.