Up Next: John and Caroline Schneider: Working While Sick View Exhibit Map

You can explore this section by scrolling or using the interactive timeline feature in the bottom right of your screen.

Throughout the 19th century, societal understanding of disease and disease causation – how one “got sick” – changed rapidly. Pre-modern medicine based its principles on the observation of external environmental and behavioral characteristics, concluding that illness was the byproduct of exposure to tainted atmospheres. Such “miasmas” collected in dark overcrowded urban spaces. Compared to rural and sub-urban spaces, cities represented an immoral, incestuous, intemperate, and dangerous place in the popular narrative. Here, in New York City, with all its variety and diversity, the perceived dangers presented by urban life occupied the public imagination. 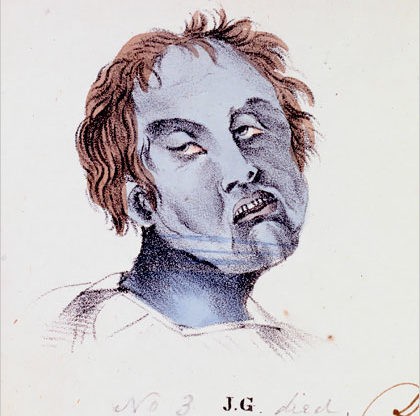 When New York City was struck by epidemic cholera in 1832, many pointed to the prevalence of sinful behavior as the cause. Popular conclusions saw these cholera victims not as sympathetic individuals, but as a sinful mass who, having infringed upon the laws of God, became sick and died from ‘his’ judgment.

Equipped with limited knowledge and training, physicians concurred, agreeing that those who were “intemperate, imprudent, and filthy” were predisposed to this dreadful disease just waiting in hiding throughout the infected urban atmospheres. By the middle of the 19th-century, residents of New York had endured three cholera outbreaks, one each decade, collectively killed over 11,000 New Yorkers. Through these decades, major changes unfolded in the concept of medical science, often too slowly to significantly save lives.

It's in the Water 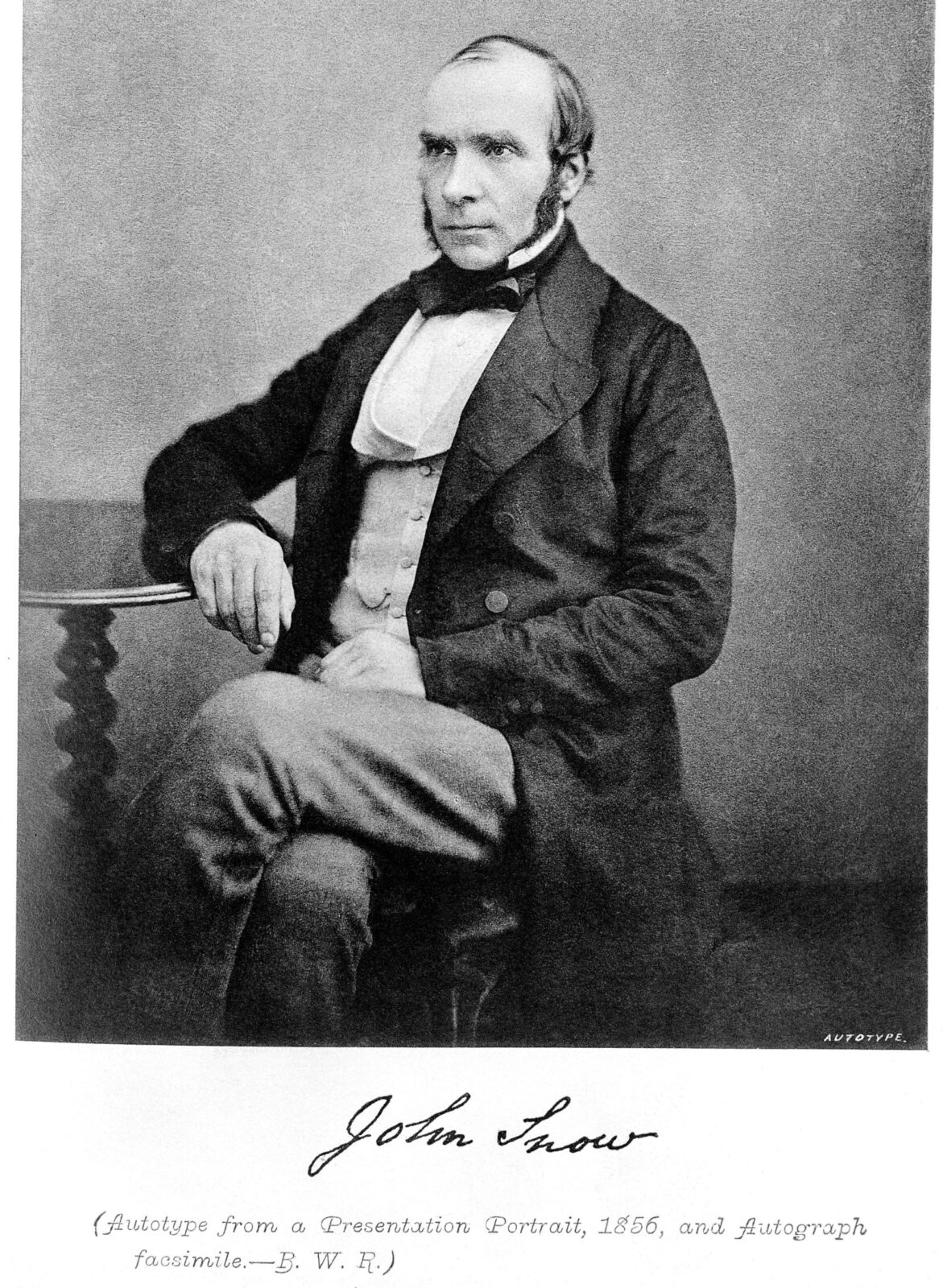 Throughout the 1850’s, the work of London physician John Snow and European “sanitarians,” members of a movement focused on the hypothesis that cleanliness, fresh air, and clean water were solutions to illness, pointed to water contaminated by human waste as a source of cholera.

Testing the Thames at two locations, one above where sewage was discharged and one below, Snow found conclusively that cholera could be traced far more frequently to residents using water supplied by a company drawing from the river downstream. Snow’s work marks a breakthrough in understanding of the cause of cholera and the connection between clean water and health.

One decade later, during the American Civil War, sanitarians observed an apparent correlation to dirt and disease—the cleaner the camp, the healthier the soldiers. By the end of the Civil War, some sanitarian-minded physicians and public health advocates began to alter their view on the causes of cholera and other diseases. They increasingly connected disease with unsanitary environments rather than solely to immoral behavior.

While this understanding made its way to health reformers in New York and other cities, it didn’t prevent them from drawing anti-immigrant conclusions in their work.

By 1865, New York City reformers –comprised of the wealthiest and most prominent New Yorkers –created the Citizen’s Association Council on Hygiene and Public Health, and they set out on a campaign to assess street and housing conditions in the lower wards, establishing a kind of surveillance. 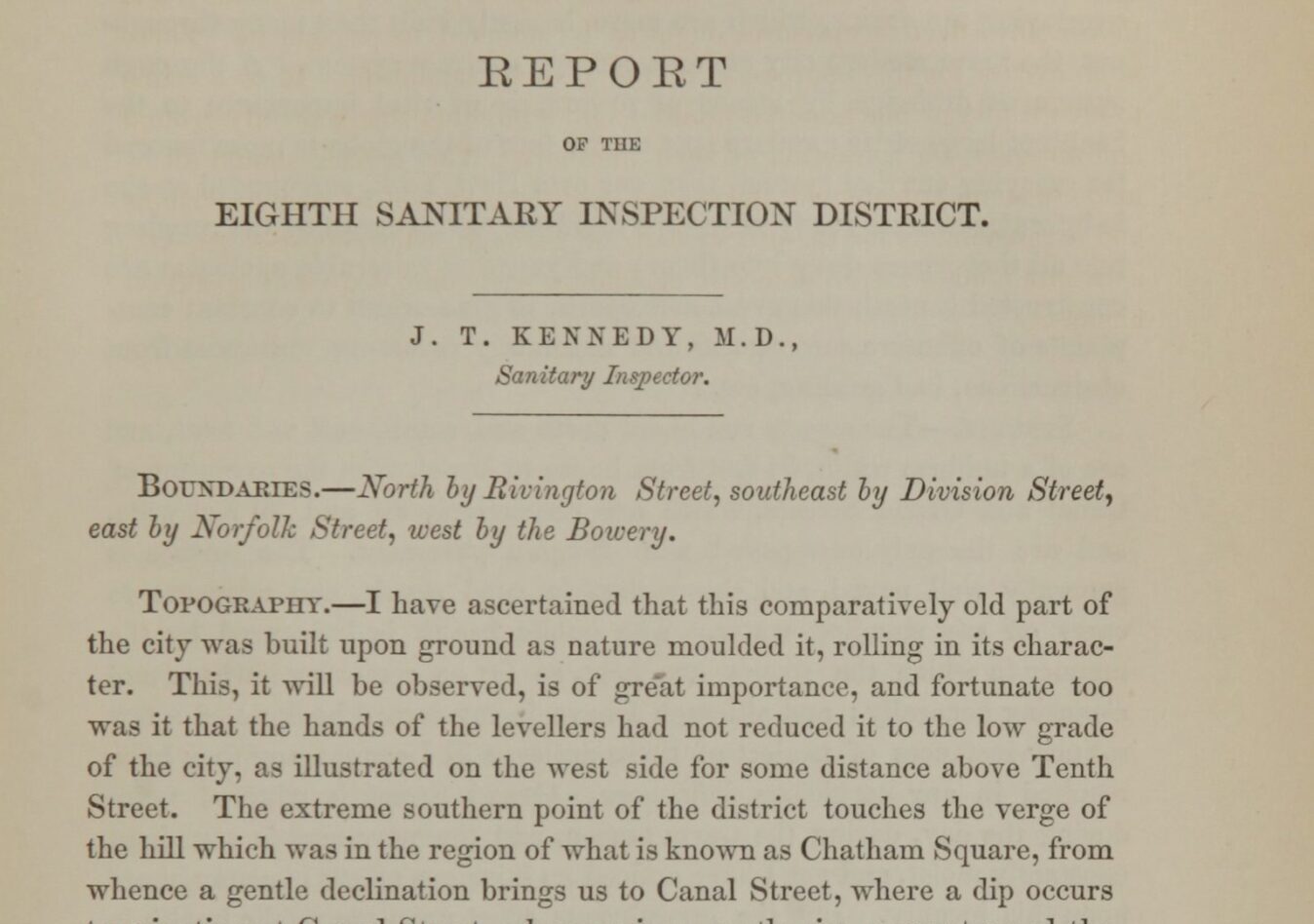 Their findings were published as the Report of the Council of Hygiene and Public Health of the Citizens’ Association of New York Upon the Condition of the City, sounding the alarm concerning unwholesome and unhealthy rear yard conditions.

Photo: “Report of the Eighth Sanitary Inspection District.” From the Report of the Council of Hygiene and Public Health of the Citizen’s Association of New York upon the sanitary condition of the city. 1865. Credit: U.S. National Library of Medicine.

While a moralist element continued to frame debates about illness, contagion and who was responsible for its spread, a growing number of doctors and sanitarians came to increasingly believe the hypothesis that an unsanitary or “filthy” living environment fundamentally accountable for both endemic and epidemic disease – including tuberculosis, cholera, typhus, diphtheria, to name just a few. Being that tenements were largely populated by immigrant and working poor residents, they came to represent these diseases.

One manifestation of the 1865 Citizens’ Association Council on Hygiene and Public Health Report was the 1867 Tenement Housing Act- the first housing law aimed at regular tenement (or multi-family) construction. The 1867 Law, on paper, required “sufficient privies,” drainage, and sewer connection. Yet the law was weak, not well enforced, often ignored by building owners, and applied primarily to new construction. Indeed, it would not be until 1901 and the passage of the “New Law” or 1901 Tenement House Act, that Pre-Old Law tenements like 97 Orchard Street were forced to upgrade their premises and incorporate many of the new ideas that reformers believed would make for a more sanitary and healthier living environment – thereby improving the public health.

As a “Pre-Old Law” tenement, 97 Orchard Street would be exempt from all reform legislation enacted during the 19th Century. Until a 1901 law requiring the installation of running water and interior windows. Even then, it was not until 1905 that the law was enforced and these basic improvements to health and hygiene required under the law became part of 97 Orchard Street.

While Scientific change is not linear, this fifty-year gap between developments in scientific understanding and housing reform should jolt us. The federal government response was slow and uneven, with President Woodrow Wilson refusing to say that the flu pandemic was actually occurring in the US. When government acts slowly to protect the most vulnerable, people suffer terrible consequences.

Next, we look at a married couple’s health struggle in the 1880’s, just before the next wave of health reforms would bring additional change to the city.