These dark green and partially rusted metal numbers “97” were once affixed to the front door of 97 Orchard Street, now part of the Tenement Museum, and signified its street address. When Museum Co-Founders Ruth Abram and Anita Jacobson first discovered the building in 1988, the storefront facade on the building’s lower two floors is believed have been dark green and comprised of wood and sheet metal. Some of the dark green paint can still be seen on parts of the building’s street address numbers from this period.  Over the course of the following decade, other layers of dark green paint appear to have been added, as the early Tenement Museum staff touched up and applied a fresh coat, as is the case in the photograph of 97 Orchard depicted in 1995 that appears below. 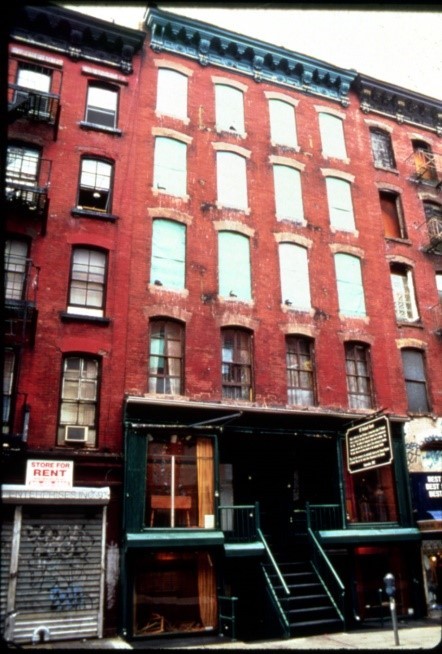 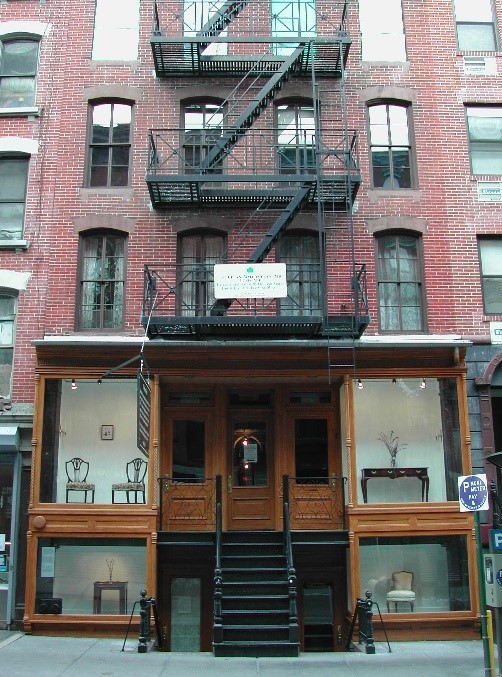 The “97” street address numbers were removed as part a larger reconstruction of the storefront façade, completed in 2000, which aimed to recreate the appearance of the basement and first floor levels c. 1905. A photograph of this iteration of the building’s façade appears below. During this period, the storefront façade exhibited a faux-wood grain paint treatment, with no numbers identifying the building’s street address known to have been affixed to the front door.