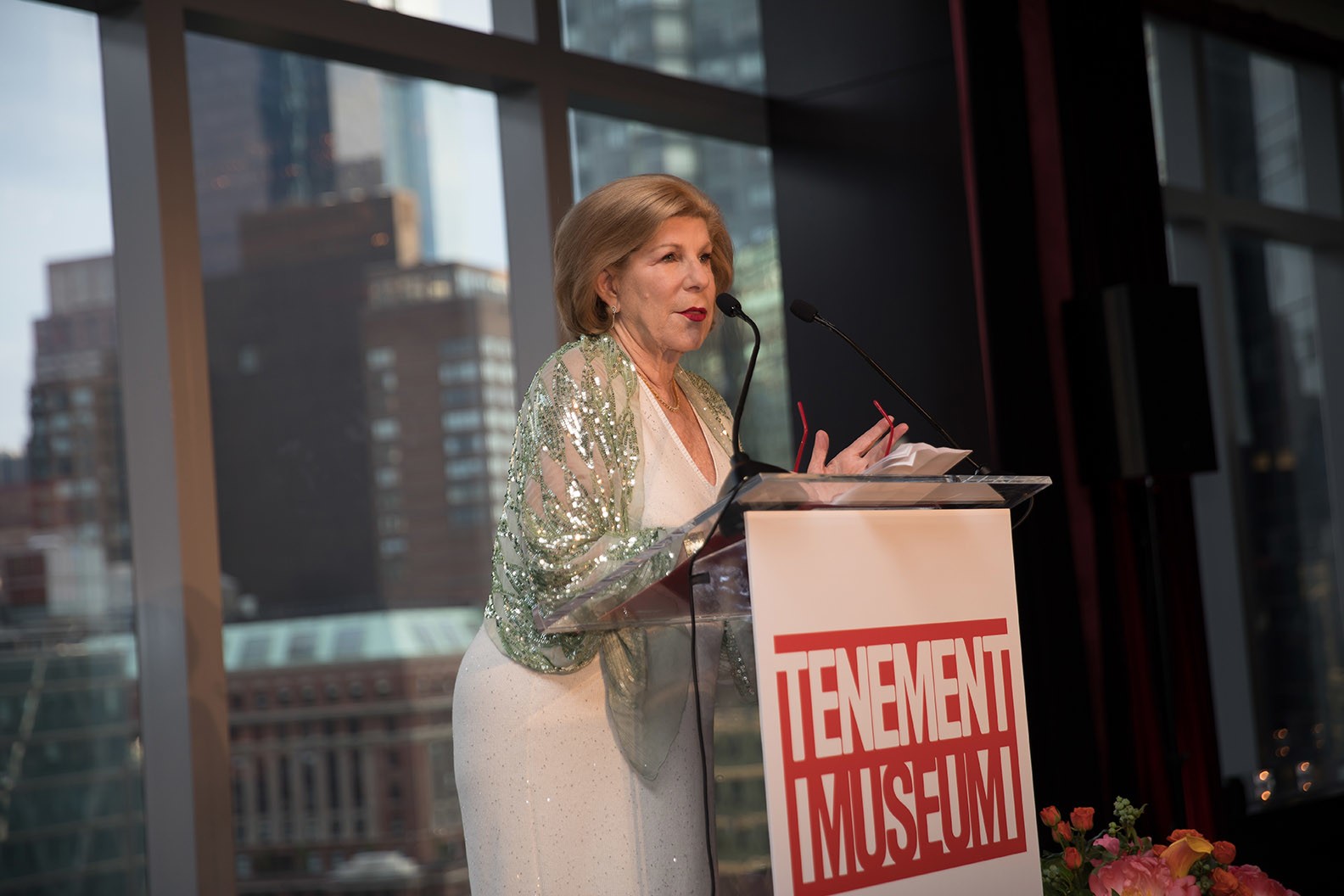 The host of the Gala program, NPR’s Nina Totenberg, regaled the now-seated audience with tales from her illustrious career while guests were seated and enjoying their first course. 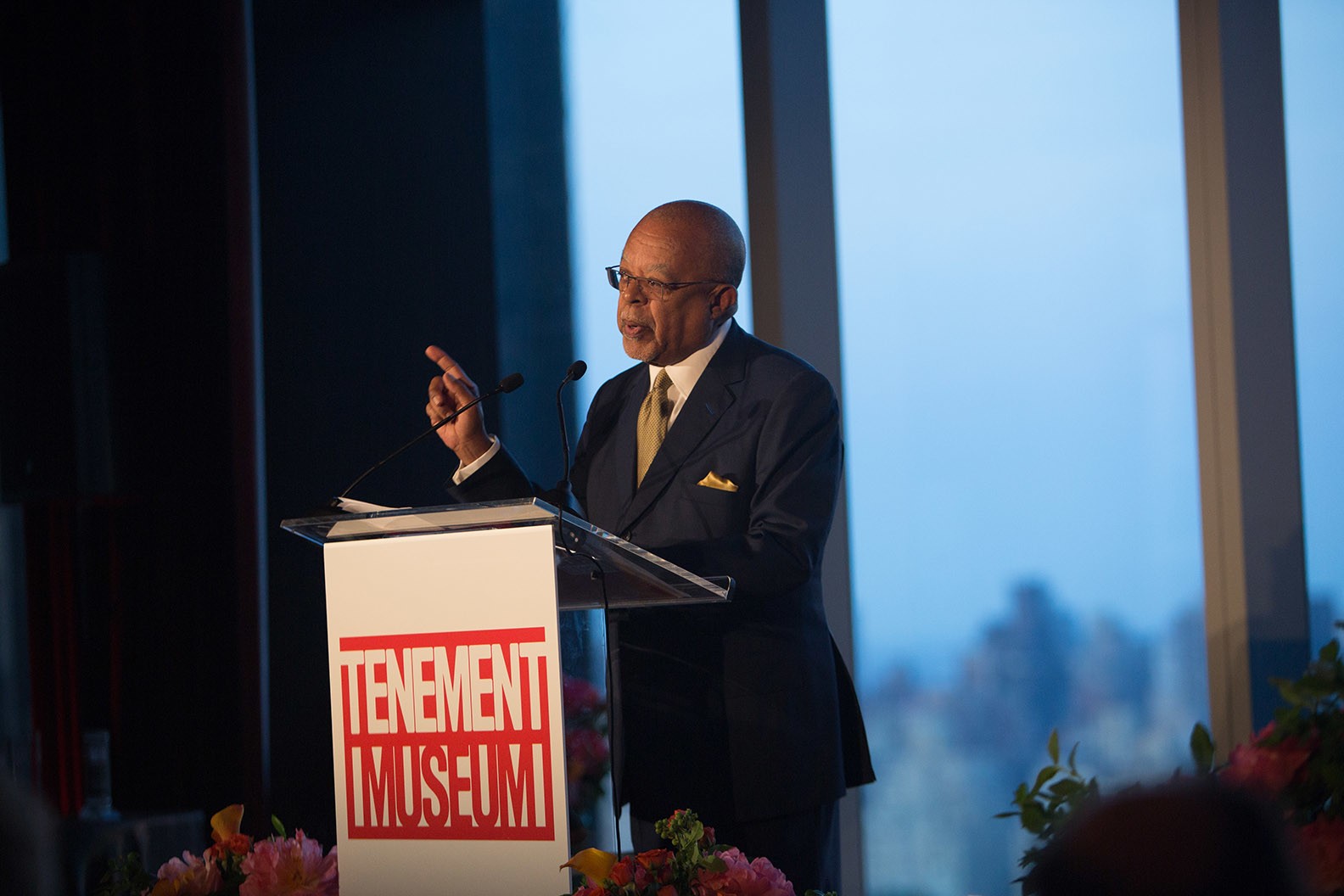 Historian and public intellectual Henry Louis Gates Jr. (who had come out of a surgical procedure only that day!) was the first honoree to speak, rousing the audience with an impassioned speech touching on the role we all must play in “defending the immigrant and the stranger, the impoverished and the forgotten.” He spoke at length about the role the Tenement Museum plays in connecting the experiences of immigrants past to the present:  “May we all remain aware and vigilant of where the equivalent of the Lower East Side of 1910 is today, places like our southern border with Mexico…may we not forget them.” Watch his full speech here. 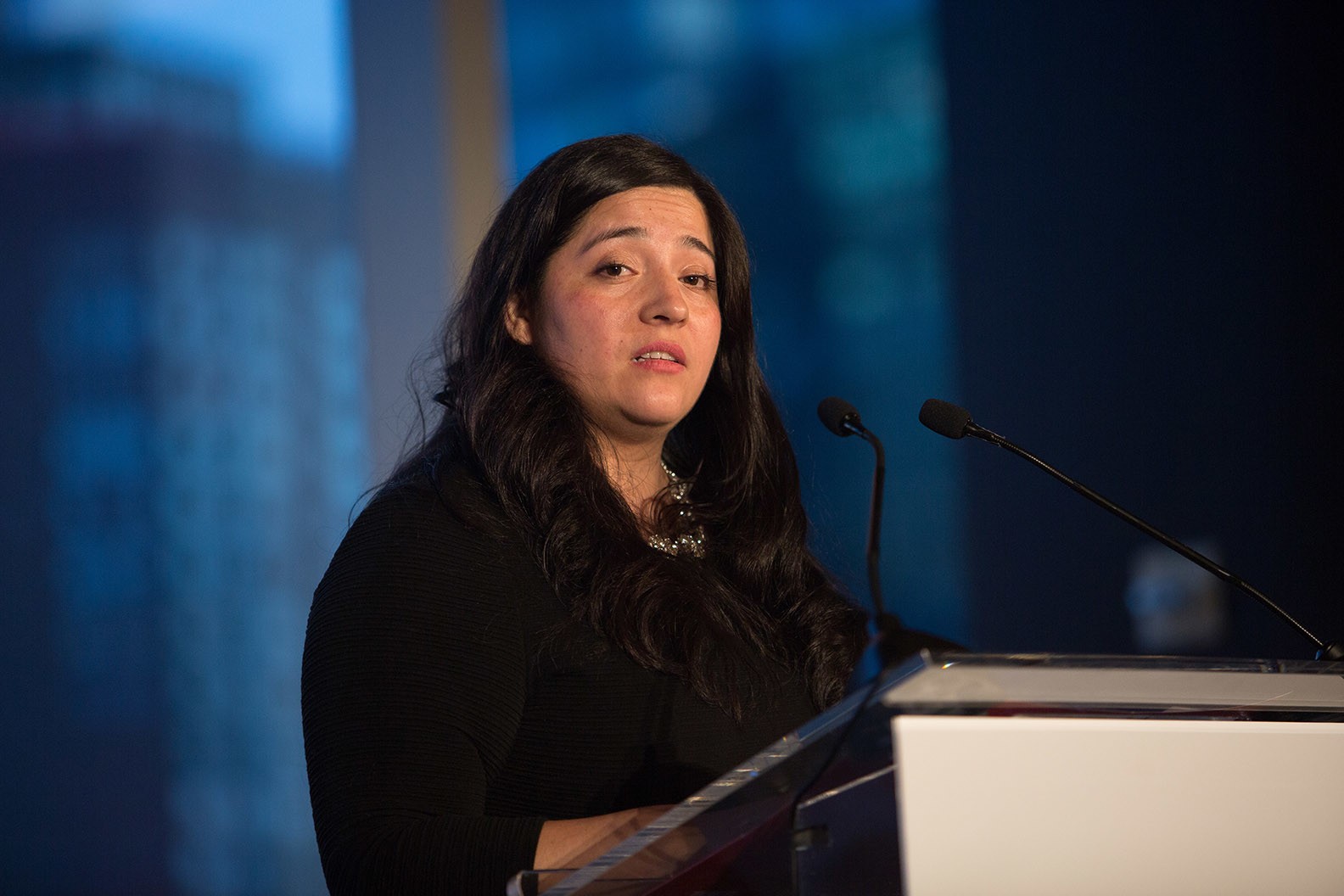 Journalist Cora Cervantes, star of Episode 1 of the Tenement Museum’s ‘How To Be American’ podcast, told the audience about her own immigration story. She spoke emotively about the opportunities her parents established for her by immigrating to America: “I am my parent’s wildest dream…I am so proud to be an immigrant and to call this country my home,” referencing her quote in the animated portion of her interview – see video here. 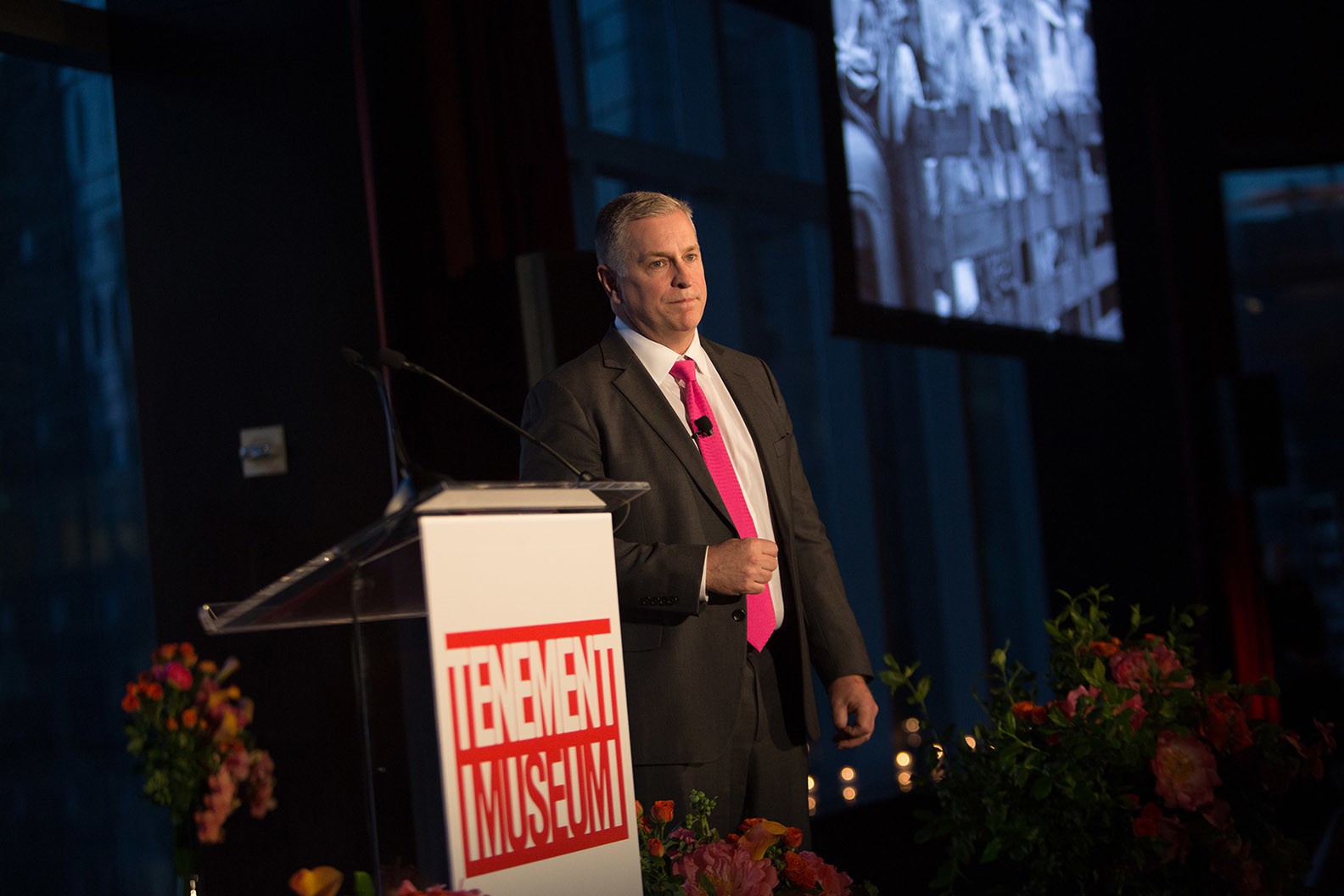 In his speech, Tenement Museum President Kevin Jennings spoke about the role the Museum has begun to play in the immigration debate since the launch of the Museum’s 5-year strategic plan at the previous year’s Gala.

“Our goal is to reach millions, not thousands, with our message, and to help change the terms of the national debate on immigration.”

Reflecting on the United States’ historically complicated relationship with immigration, Kevin quoted British politician Tony Bennett who once said, “Every generation must fight the same battle again and again,” stressing that the Tenement Museum has and will continue to rise to that challenge in the years to come. 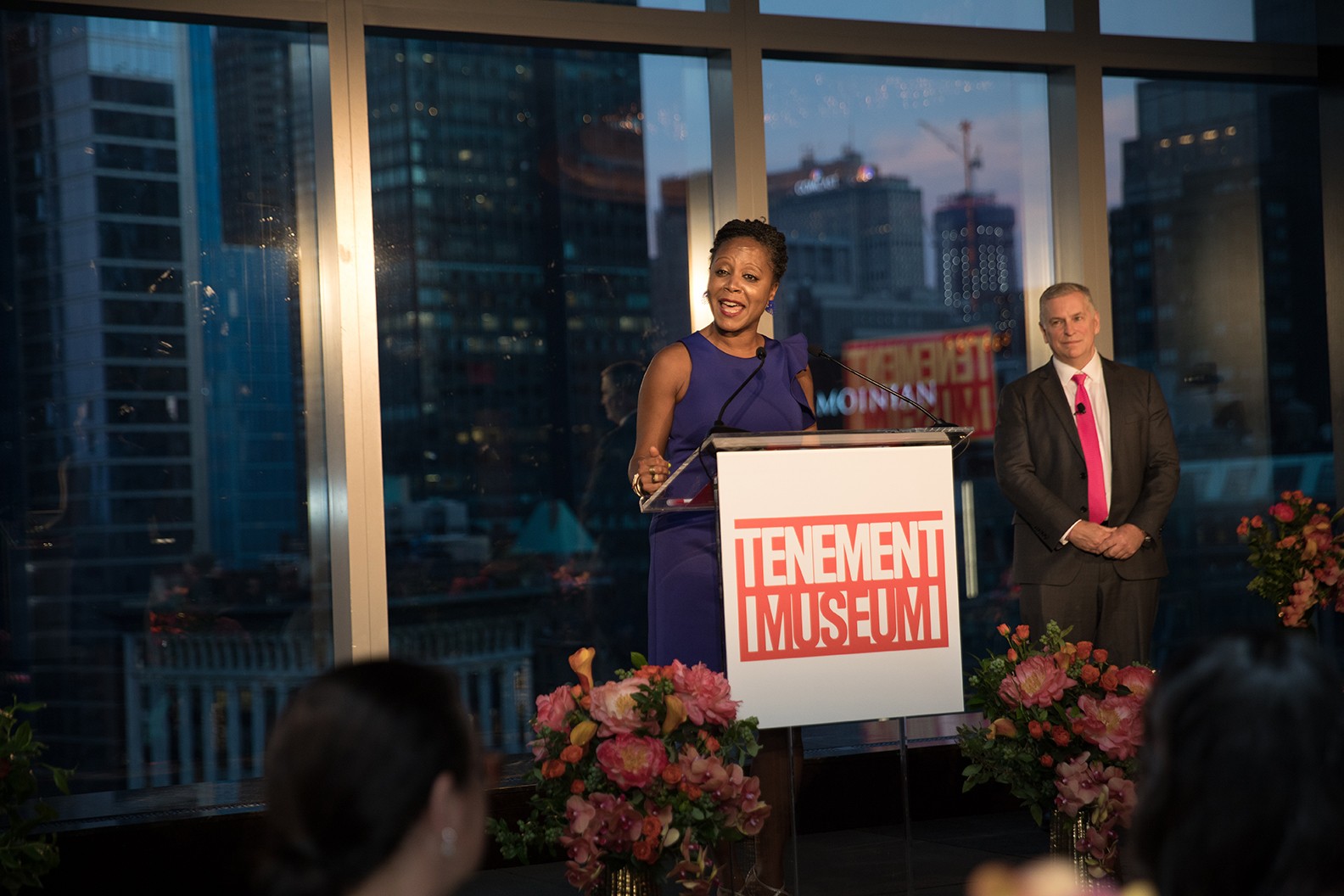 Tenement Museum Trustee Christina Greer then joined Kevin on stage to help energize the crowd to raise their glow sticks and commit to making a donation. With the help of a generous challenge grant offered by the Zegar Family Foundation, the event raised over $1 million for the Museum. Want to join Christina by making a contribution? Click here or text GLOWSTICK to 44-321. 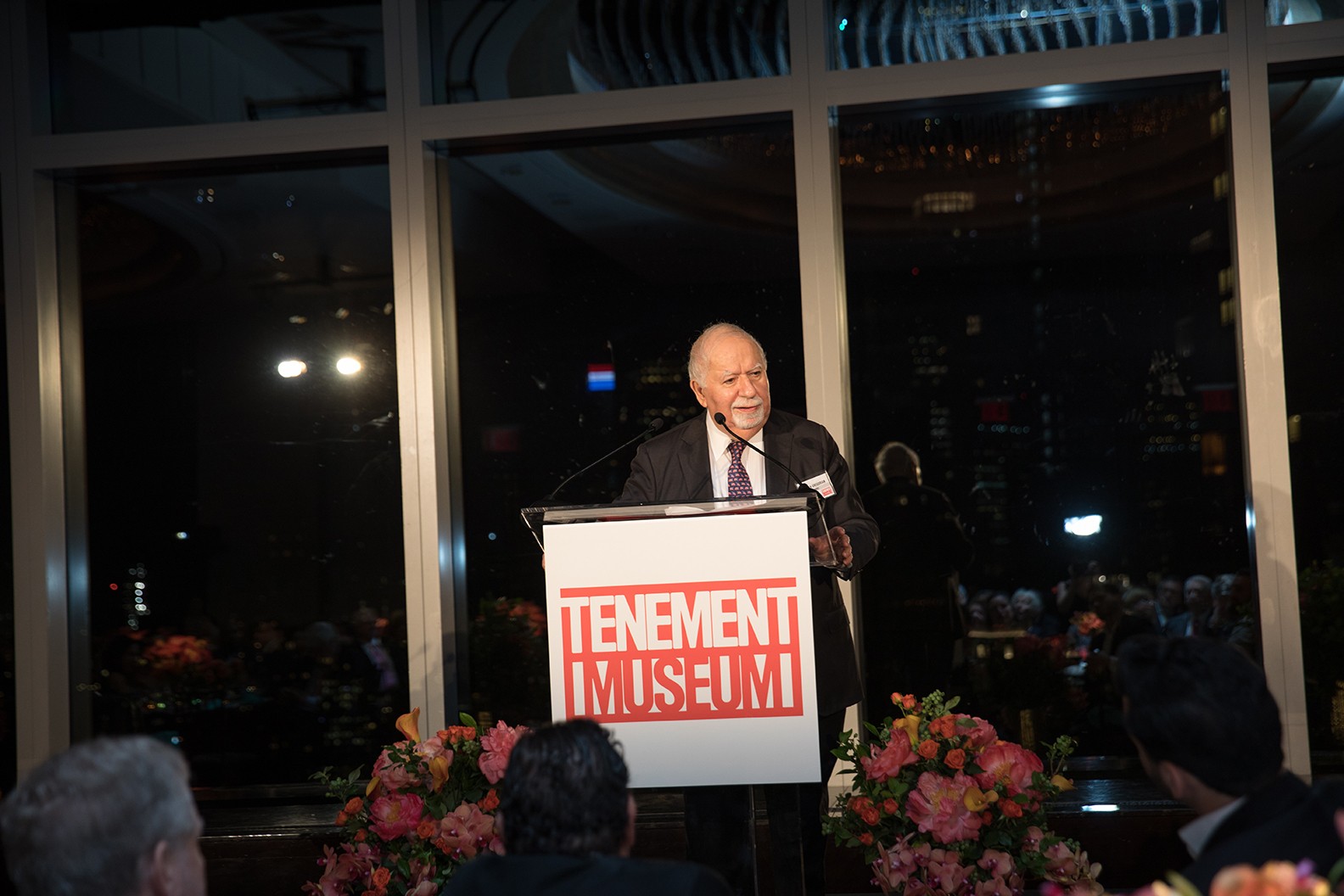 After a short dinner break, Tenement Museum Trustee Nicole Howe Buggs presented the award to Vartan Gregorian, President of the Carnegie Corporation of New York who gave an impassioned speech, reminding the crowd that “While America is not perfect, it is perfectible.” 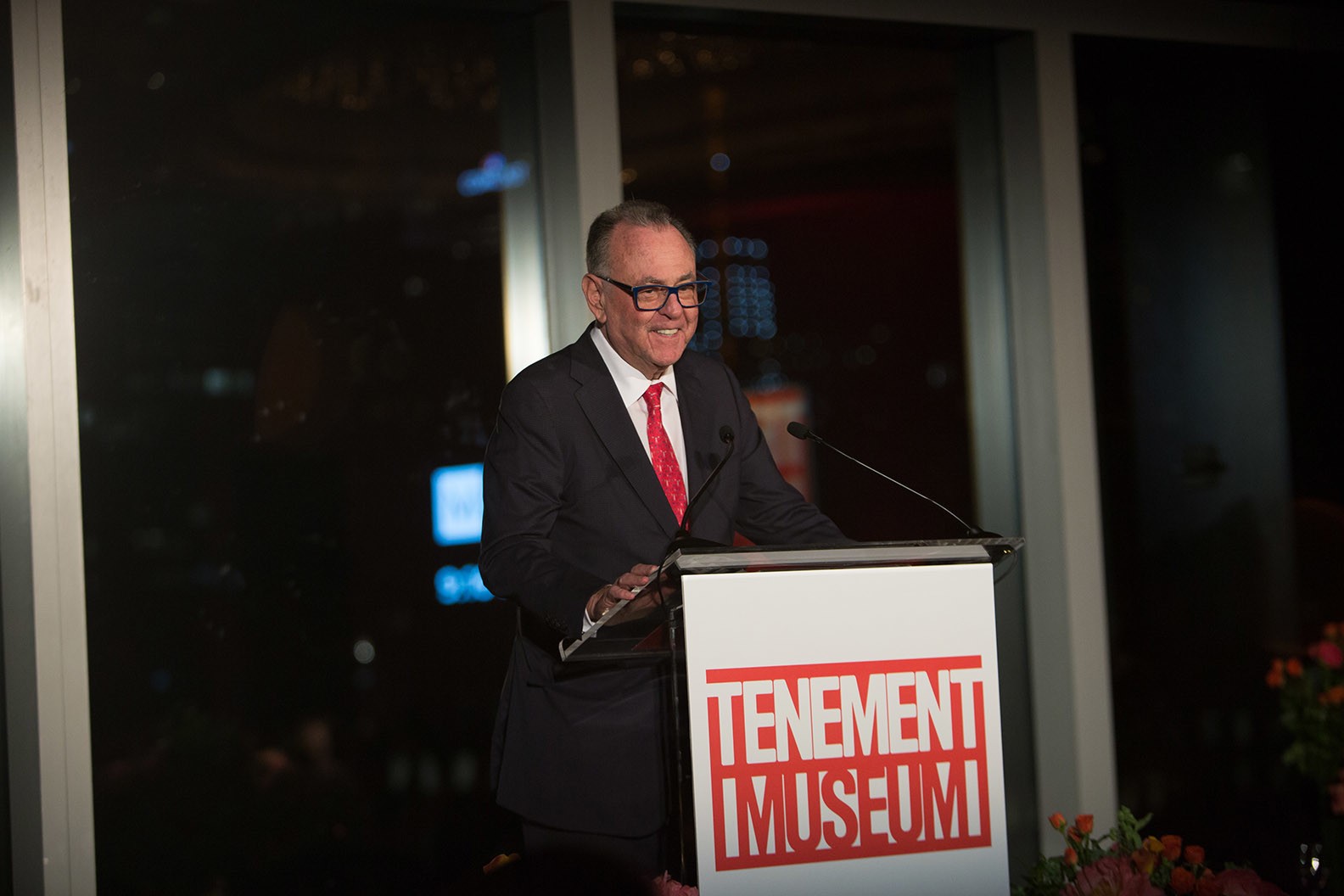 Explore more information about our 2019 honorees, host, and sponsors: