In 1988, as Anita Jacobson stepped into an empty storefront on the basement level of 97 Orchard Street, she had already accepted defeat. For two years she had been searching unsuccessfully for an unrestored “Pre-Law” tenement house, one built before the passage of the first Tenement House Act in 1867, to serve as the center of a radical storytelling project. The project itself was the brainchild of Ruth Abram, who wanted to create a museum featuring the role immigrants played in shaping American history. For Ruth, what better site than a tenement to “tell this story of immigrants’ past fully, honestly, with all of its flaws, with all of its’ heroism, and to do it in a way that resonates with people”?

But two years had passed, and even Ruth was resigned to giving up the search for a tenement to house these stories. Though disappointed, Ruth was so committed to the project that she asked Anita to find a storefront from which they could at least tell some of these stories.

Thirty years later, Ruth remembers the day Anita encountered 97 Orchard Street as if it were yesterday. It was a day that changed her life and redefined what a historic house museum could be. 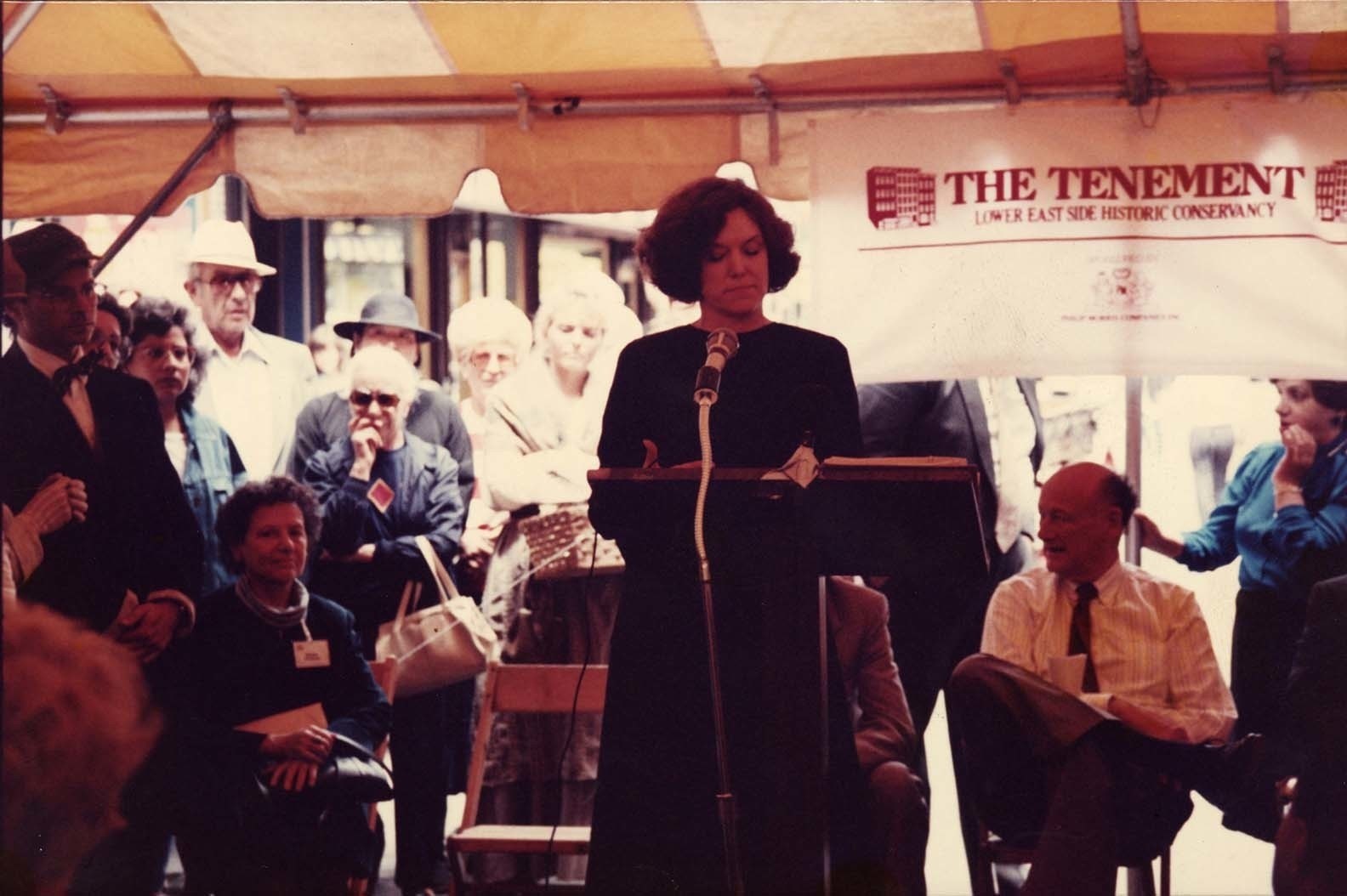 “She got to 97 Orchard Street, with a FOR RENT sign in a former shoe store. And she walked up the stairs and said that we were looking for a storefront. And the landlord woman said, ‘well here, yeah, we do have one available. Here it is.’

And Anita went inside this apartment – this basement apartment that was unheated, essentially – and said, ‘where’s the bathroom?’ And the landlord took her upstairs and showed her the hallway bathroom and the hallway, and Anita almost fainted! Because she realized that she was standing in a Pre-Old Law tenement- the very thing we had looked for. And lo and behold, it backed on Allen Street, which meant that it could have egress that could meet standards for public gatherings. Well! She called me in, so excited, and asked me to come right over. Which I did. And at that point we told the landlord we weren’t going to create a shoe store there, that we were going to create a tenement museum. And she said, ‘Well, my family’s had this since 1905. And we haven’t changed it… and you’ve come home.”

By 1988, Ruth Abram stood atop a mountain of activism. She had already formed progressive coalitions, organized rent strikes, championed civil rights, and worked for the NAACP Legal Defense Fund. In her role as the director of the Women’s Action Alliance, she brought together a coalition of national women’s organizations. Originally a child of the South, having grown up in Atlanta Georgia, Ruth Abram witnessed the injustice and oppression of racial segregation and bigotry. These structural forces moved north with Ruth as she settled into a new life in New York City. Her decades of activism, social work, and outspokenness were rooted in challenging these structural inequalities. So too was the origin of the Tenement Museum.

It goes without saying that the Tenement Museum works against historical and contemporary narratives that dehumanize and vilify the newcomers, be they immigrant or migrant. Dedicating a museum site to the stories of people living in poverty, starting a life over in a new place, working and falling out of work, but striving all the while to survive and rise up, was, and remains, a radical concept. But it was only half of Ruth’s vision. In its full scope, that vision is as much about understanding history as it is about the rights of immigrants and migrants, past and present. 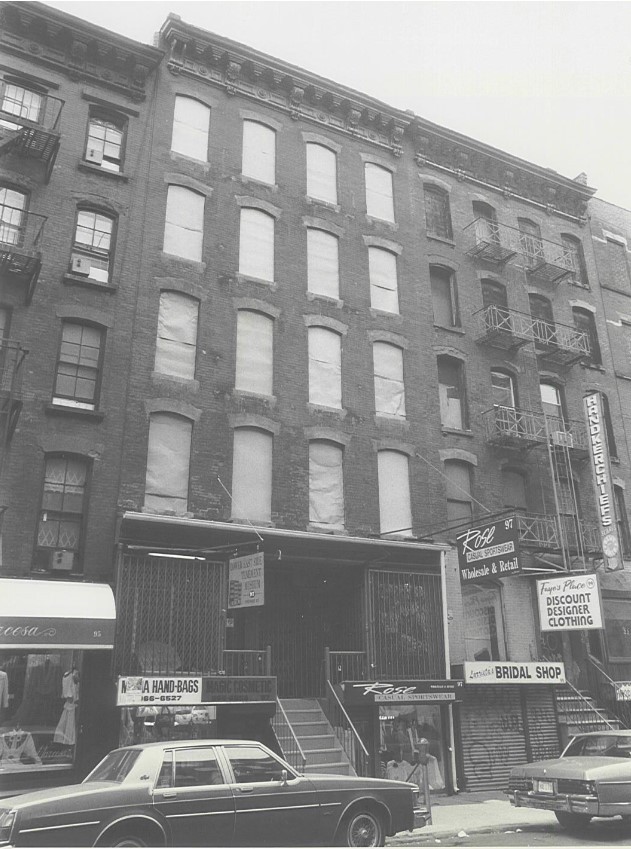 A keen observer of the world, and her place in that world, who drew inspiration from history, Ruth saw both the present moment and potential future as anchored to the past. In her 2018 oral history, Ruth explained the genesis of her idea: “A thing that I particularly cared about was a stranger in the land, and I wanted to find a way to engage the public in a conversation about that.” Herself a migrant from the South to New York City, Ruth had a personal connection to the experience of the stranger. Dislocation and disillusionment, together with a sense of optimism and reinvention, inform the stranger’s experience. To the extent that we are all strangers to the past, we encounter these feelings when stepping into a historic recreation.

Rather than shy away from the bewildering sensations of the stranger, Ruth’s vision asked us to immerse ourselves in it:

“You actually enter right into the center of the story. You are standing in the story, which is a very unusual thing. It’s sort of like a family reunion. You go to the family reunion, and you stand in the middle of the room and people come up and tell you stories and… they gossip with you! And we’re gossiping too. And you know, history is organized gossip, and we’re organizing it in an interesting way.

History is a series of stories. So, the fact that we’re telling it as a story, and not as a series of facts and dates, makes it come alive.”

Ruth’s vision strives to connect people to history – not as strangers, but as family. Through personal connections, we can see ourselves as stakeholders in the larger historic narrative. No longer strangers to the past, we see our current moment with a new clarity and move forward with an informed perspective. Ruth’s objective for the Museum was to motivate people to see themselves as active change makers: to remind us that history is not something that simply happens to people, but something we have the power to shape. This idea remains as radical today as it did thirty years ago.