A Day in New York 1882 follows future lawyer Georg Schmidt. He is one of around 400,000 German emigrants in New York – living in what would later be known as the Lower East Side.

Kathryn Lloyd, our Senior Director of Programs and Interpretation, highlights the history behind the Lower East Side’s start as Little Germany and its eventual boom into not only the most densely populated cities in the US, but worldwide.

What would it have been like if you were a German living there in 1882?

View Terra X’s documentary below. We hope you enjoy!

[Translated Description]  It is July 14, 1882. The United States of America is still young, the state was only founded a good 100 years ago. The USA is the number one emigration destination for people from all over the world. For Europeans, New York is the gateway to their new homeland. At that time, the city did not extend beyond the island of Manhattan – immigrants lived in narrow neighborhoods that were mostly separated by nationality. “Little Germany” in the south of Manhattan is the quarter of the German immigrants. The Germans largely keep to themselves, defy the harsh conditions, and set their ideals, determination and drive against them. And they hope for opportunities that they would never have had in their old homeland.

Discover more stories of the immigrant experience in our early-period recreated apartment tours and “meet the residents” costumed-interpreter programs! 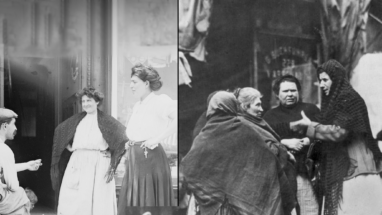 The year is 1902 and the streets of the Lower East Side are alight with the protests of thousands of Jewish women. A hike in the price of kosher meat threatened the families of working-class mothers who, outraged, took matters into their own hands....

Journey back in time to 1916 for an immersive experience with an actor playing Victoria Confino, a real teenager who immigrated to the United States in 1913. You’ll meet Victoria in her family's recreated tenement apartment and get to ask Victoria... 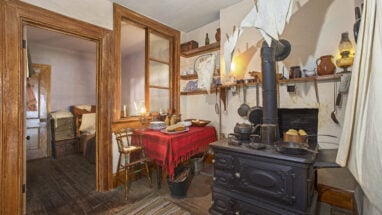 Hear the story of Joseph and Bridget Moore, Irish immigrants raising their three children in 97 Orchard Street in 1869.