On this episode, we explore the idea of the “immigrant monolith” and uncover the diversity that exists within two distinct immigrant communities, the Lower East Side’s “Little Germany” and Brooklyn’s “Little Caribbean.”  We then take a walking tour with with Shelley Worrell, a cultural advocate who is preserving and celebrating Caribbean culture in Brooklyn. 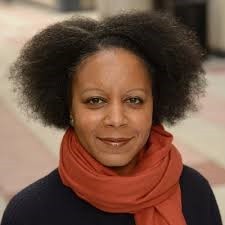 Christina Greer: Christina Greer is an Associate Professor of Political Science and American Studies at Fordham University and a Tenement Museum board member. Her primary research and teaching interests are racial and ethnic politics, American urban centers, presidential politics, and campaigns and elections. She is a frequent political commentator on numerous media outlets and is the co-host of the New York centered podcast FAQ-NYC and is the producer and host of The Aftermath. 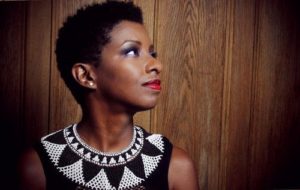 Shelley Vidia Worrell is the founder of CaribBeing, a cultural advocacy group and creative hub that celebrates New York City’s Caribbean community. CaribBeing has produced over 200+ programs in partnership with top cultural institutions across the globe. Shelley is a native of Flatbush, Brooklyn. We met Shelley when she participated in our Your Story, Our Story project. You can see her story on the Your Story, Our Story website. You can learn more about CaribBeing on the CaribBeing website.

On this episode, we feature the family story of John and Caroline Schneider. The Schneiders were German speaking immigrants who ran a lager beer saloon out of the basement of 97 Orchard Street from 1864 – 1885. John was originally from Bavaria and Caroline was from Prussia. Their bi-regional union, though perhaps not very surprising today, would have been a very American event in the 1860s. You can learn more about the Schneider family and their lager beer saloon on the Shop Life tour.

This episode also features the family story of Shelley Worrell and her parents, both of whom immigrated from Trinidad in the 1960 and 1970s. Shelley was born in Flatbush, Brooklyn, a thriving Caribbean community then and now. Shelley’s parents instilled within her an incredible sense of Caribbean pride. Shelley has channeled this pride into a non-profit called CaribBeing, a creative hub of Caribbean arts and culture.

Where we Got Our Information:

In creating this episode, we turned to the family stories of 97 Orchard Street and the history of Little Germany. For more information on early German immigration, you can turn to Tyler Anbinder’s City of Dreams: The 400-Year Epic History of Immigrant New York.

In addition, Christina Greer’s work, Black Ethnics: Race, Immigration, and the Pursuit of the American Dream, was fundamental in framing this episode.

Contact us with questions, comments, and ideas at [email protected].