The people of New York City have one thing in mind during summer: ESCAPE.

In an environment consisting mainly of glass, metal, brick and concrete, the blistering heat and humidity of July and August is exponentially amplified. Naturally, residents of this fine city become preoccupied with leaving town. People of greater means can venture farther out of the city and enjoy longer stays away. This luxury, however, is not equally afforded to all New Yorkers. Indeed, most of New York’s population remains in town over the summer.

For those lucky enough to escape the city in the hot months, weekend resorts in the Catskills, accessible by the New York, Ontario and Western Railway trains from Weehawken, New Jersey, became wildly popular.

It was in one such resort that Evelyn Wallach’s life changed forever. 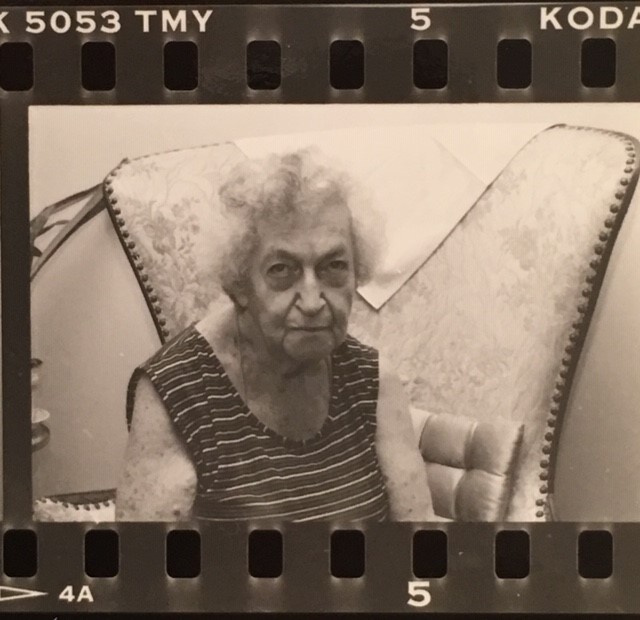 Evelyn was born in New York. Her parents immigrated to America from Sujachov, Poland. In 1919, Evelyn was employed as a clerk in store that sold men’s clothing. Her employer offered her the chance to leave the city. When Evelyn met with Museum researchers in 1991, at the age of 93 years old, she shared her memories of that summer, when she met Morris Rogarshevsky for the first time.

“I had never gone to the country before, on a vacation. And then my boss and his wife and family was going to this place up in Parksville, New York. And my mother thought it would be a good idea if I went with them. She thought I was too naïve to be going away alone.” 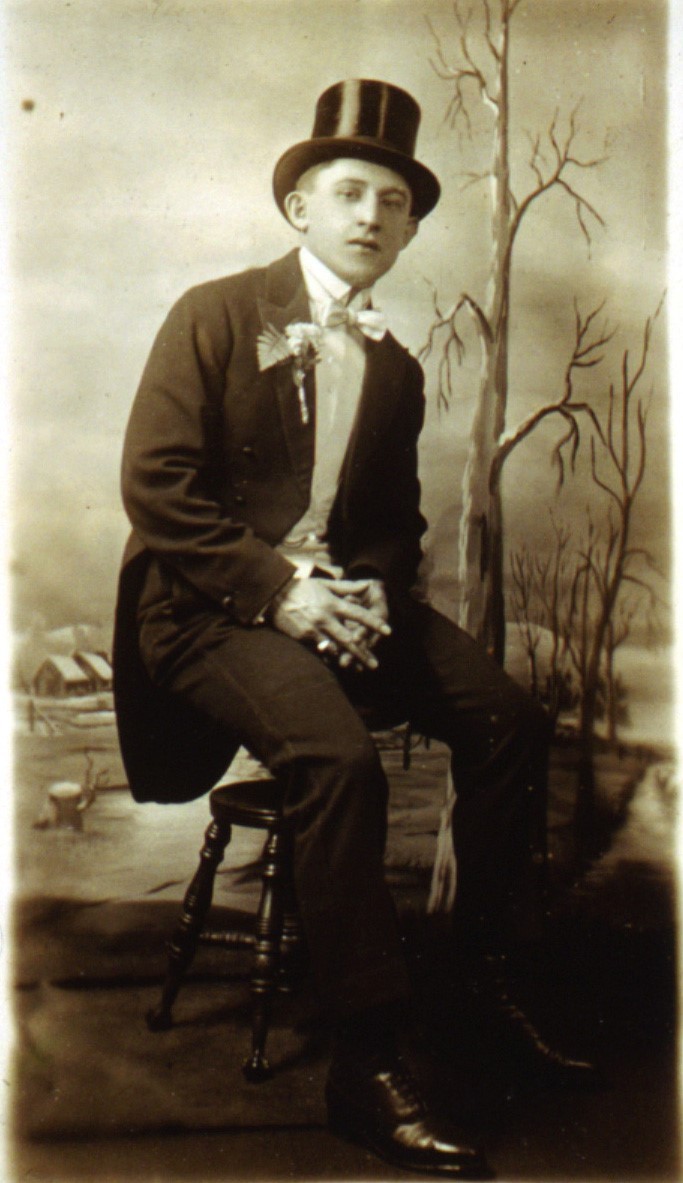 This simple gesture brought Evelyn and Morris Rogarshevsky together for the first time. Morris was the oldest child of Abraham and Fanny Rogarshevsky. In 1919 he was 24 years old, living in 97 Orchard and trying to start a business of his own in the fur trade. Over the course of the previous year, Morris had lost his father to tuberculosis, and his wife, Fannie Borowitz, to childbirth. Time away from the Lower East Side was possibly the best thing for him and the Rogarshevsky family in the summer of 1919.

All of this was unknown to Evelyn. Her first impressions of Morris focused mainly on his popularity.

Her memory of Morris as a lifeguard is interesting, because it suggests that he might have been employed for the summer by one of the Parksville resorts. Perhaps selling furs was harder in the summer, and Morris had to look elsewhere to make ends meet; or maybe the seasonal work up in Parksville was more lucrative. While Morris’ employment status remains unclear at this point, there can be no disputing Parksville’s popularity in 1919. By then there were dozens of resorts to choose from. These hotels were surrounded by open spaces, mountains, forests, and local farms. During an organized excursion to a farmhouse, Evelyn made her move on Morris. 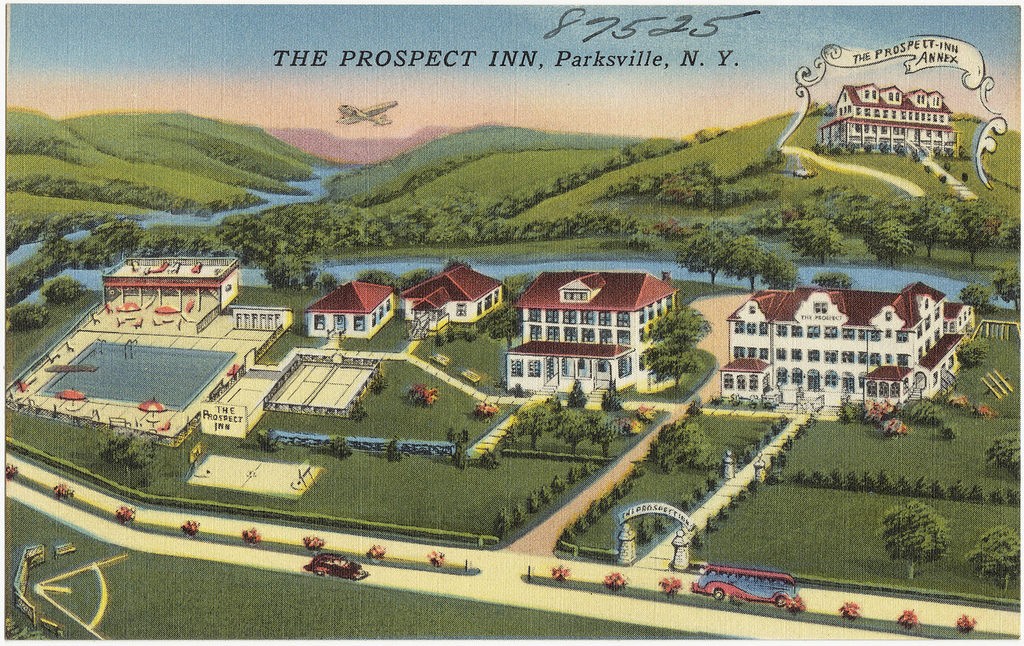 “The first time we ran around…we were going – we had to go to a farm, for entertainment. Those days they didn’t have real entertainment. We had to go to some farm a distance away, and I asked him if I could walk with him. Somebody else had asked me to walk with him – and I didn’t want to go with this other fellow. So, I asked Morris if I could go with him.
Why take [me] over the other girls? But I was the one he favored.”

That was the start of it all. A year and a half later the two were married, and their 1919 summer escape turned into a lifelong adventure.

The success of these Catskill resorts was largely a result of their catering to the Jewish population, at a time when the slightest Jewish signifier could be enough to deny a person or family from renting a room elsewhere. With kosher offerings at mealtime and synagogues nearby, these Borscht Belt resorts were safe spaces for Jews – a place where they could escape both the summer city heat, and (at least for a weekend or week) the violence and humiliation of anti-Semitism. In this way, Morris and Evelyn were brought together by the desire for a safe summer escape.

The Catskill resorts remained popular even during the Great Depression. It wasn’t until the 1950s that they started to wane. A combination of forces contributed to the slow demise of this once-vibrant summer business: The O&W Railways ceased operating, New Jersey and Long Island beaches became more accessible, interstate highways bypassed many towns like Parksville, and hotels and resorts elsewhere began turning away from anti-Semitic practices. 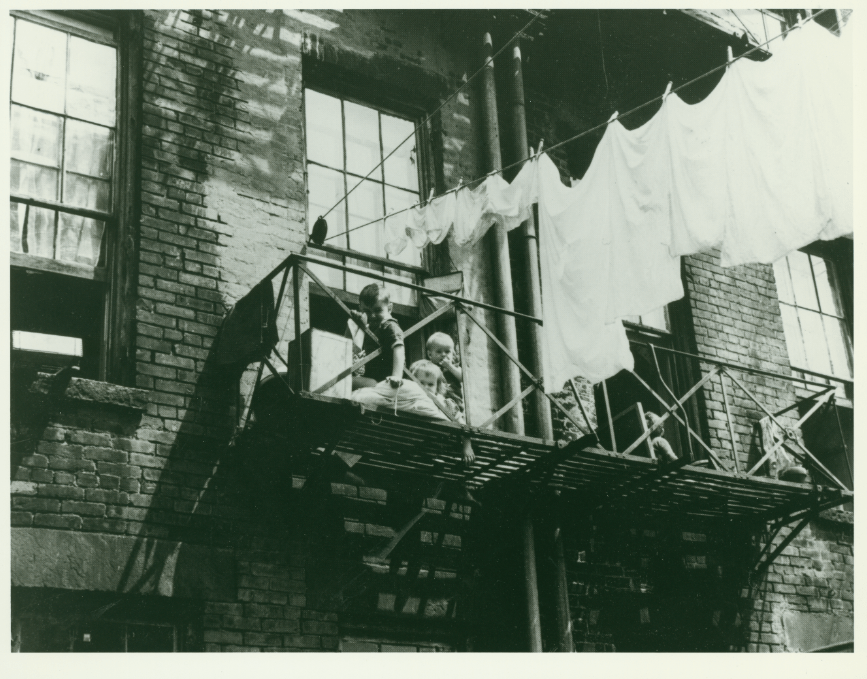 But for thousands of New Yorkers, uptown or upstate getaways were simply not possible. And for thousands more, a getaway was feasible only once a year. Urban dwellers found escape wherever they could- on rooftops, on fire escapes, and in the streets around an open fire hydrant.

As they passed, the long hot days could feel never ending, but once the season changed to fall, everyone looked back with longing for their summer.