Where did Black New Yorkers past make their homes in Lower Manhattan?

The Tenement Museum’s newest initiative, Reclaiming Black Spaces, explores this question as we expand the stories we tell. Through a virtual tour, a walking tour, and eventually, a permanent apartment exhibit, we’ll highlight stories of how Black and African Americans shaped this part of the city as they made homes, businesses, and communities. Who and where were the communities that drew Black New Yorkers to Lower Manhattan? How did those communities create a sense of home, and how did they resist the racism they faced? How did they challenge the nation to live up to its ideals? 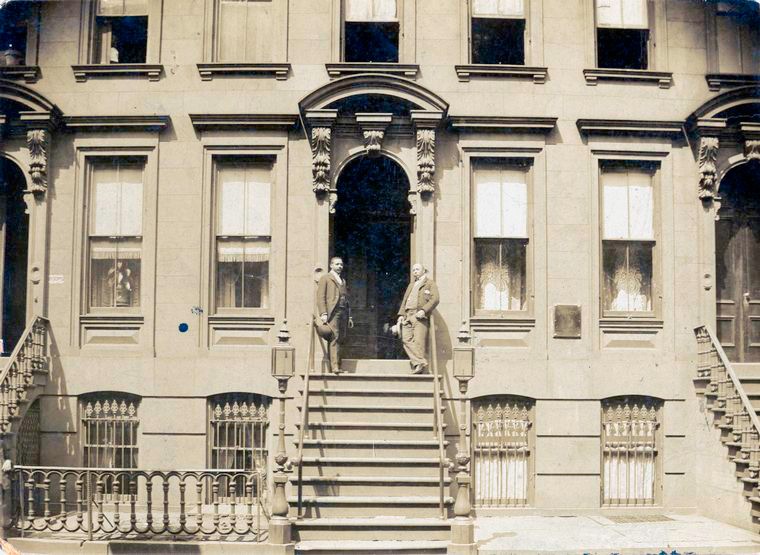 Exploring these questions means we can tell a more complete, and complicated, history of our city and country. As a museum that tells stories of migration and American identity, we must continue to uncover stories that have been historically excluded from the larger stories of the United States. To move toward a more just and equal future, we must look at how all of our stories are intertwined, past and present. We must fill in gaps in our collective knowledge, and we must understand why those gaps exist.

Telling more complete stories means we will be doing things a little differently and adapting some of our longtime museum methods. Our virtual tour and walking tour will dive further back into the past, even before our tenements were built, to uncover the history of Black New Yorkers, the first non-Indigenous residents of what we now call the Lower East Side, and further away from the Lower East Side, to look at the history of the Black tenement communities of the 19th Century, who made their homes less than a mile west from where the Tenement Museum now stands.

Our new permanent exhibit will continue this work, bringing the story of Joseph and Rachel Moore, who lived in that 19th century downtown Black community, into our historic tenement building through a recreated apartment. Their stories represent a critical component of the tenement experience, and help us connect and compare the stories of Black Americans and European immigrants. 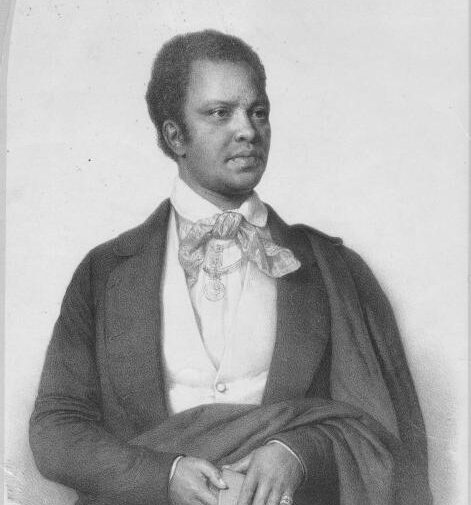 Museums hold power in defining how we understand the past. Who is remembered, and by whom? Whose stories do we hear, and whose stories are erased or forgotten? How are stories passed down and shared within communities and families? The Tenement Museum plays a role in both preservation and erasure on the Lower East Side, and this project involves us looking more closely at our own history as a museum.

In 1988, the Tenement Museum co-founders received these words in a letter from Gina Manuel, a descendant of 19th Century African American restauranteur Thomas Downing: “When you are planning the museum, I beg of you, please, please don’t forget them [Black New Yorkers]. Their spirits walk those halls, and their bones lay in the earth there, and we remember them.” Her letter asked the Tenement Museum to honor and remember the Black New Yorkers who made the Lower East Side their home, past and present.

Our founders took her plea to heart, and always wanted African American history to be part of the Tenement Museum’s work. Early in the Museum’s history, projects included a written walking tour of Black and African American history, and a theater performance about a free Black family in the 1850s. At the same time, our founders decided to use a model of storytelling rooted in the stories of people who actually lived in our tenement buildings and whose stories could be traced through the records. They assumed they would find records of a Black family who’d lived in 97 Orchard Street.

Yet, as they uncovered stories of the Irish, Italians, Germans, and Jews, the Museum learned that no Black New Yorkers lived in the tenement building at 97 Orchard Street, or at our later tenement at 103 Orchard Street. In the time period we usually explore at 97 Orchard Street, from 1863 to 1935, Black New Yorkers predominantly lived elsewhere in the city. As the museum grew and evolved, our stories focused on the European families who lived in our building, and we became known as a museum primarily about white European immigrants and their children. With our later tenement at 103 Orchard Street, we share more recent stories of Chinese American and Puerto Rican migration. These are all powerful, critical stories to our country’s history, but what have we been missing by excluding the stories of Black Americans? As we’ve come to be known as a museum of the tenement experience more broadly, we have a responsibility to fill the gaps in our stories. 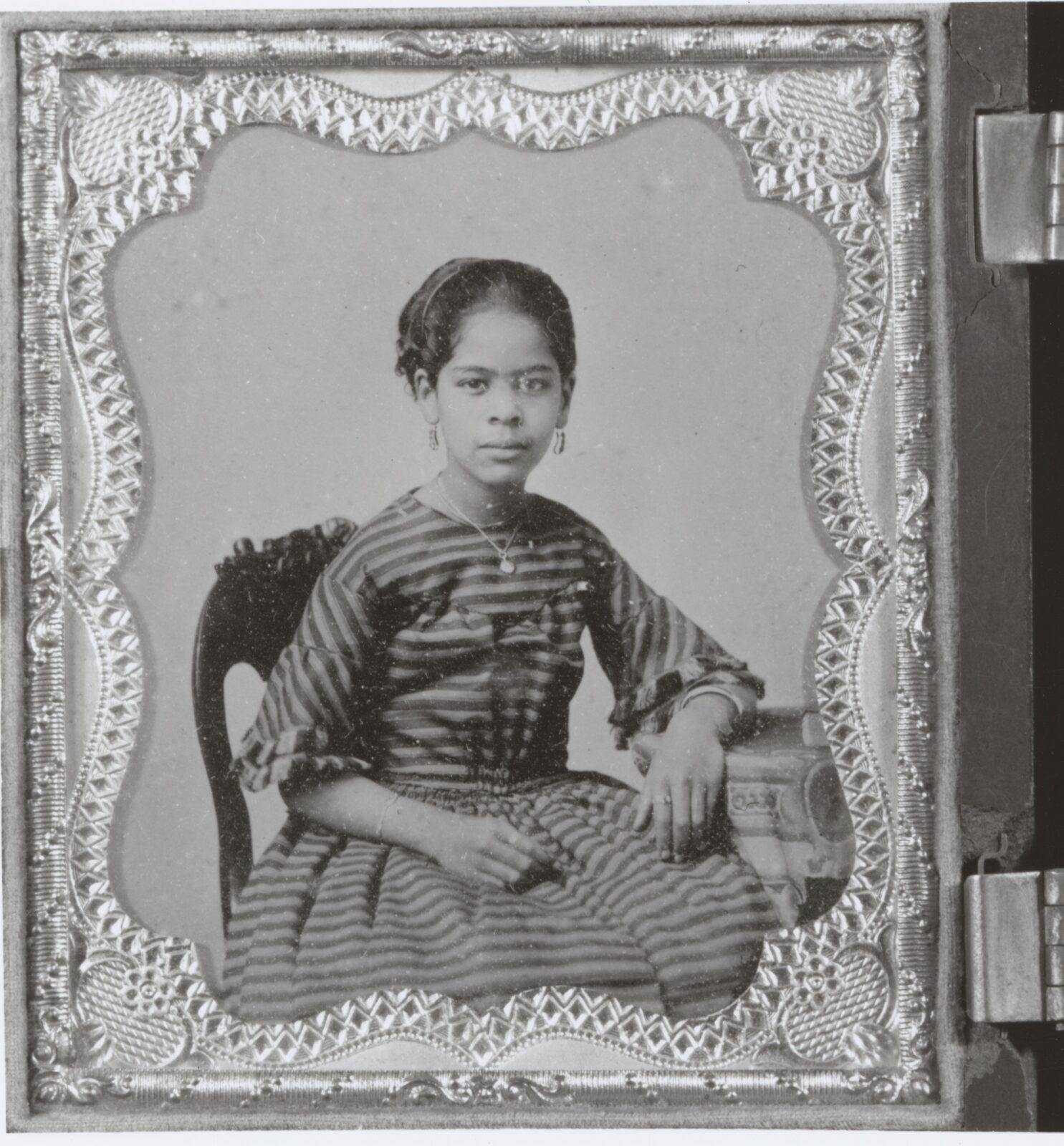 We know you’re curious to find out. Over the years, visitors and staff asked about the Black and African American people in the area—where did they live? How do their stories connect to the stories at 97 and 103 Orchard Street? We’ll finally be addressing these questions, and looking at how the stories of Black New Yorkers’ neighborhoods are also the stories of why they didn’t live at 97 Orchard Street. These are stories of presence, and absence, and memories passed down through families and communities.

If you’re interested in learning more about the resources used to develop Reclaiming Black Spaces, click below.

The stops on this walking tour will explore Black identity formation, community development, Black placemaking, and reimagining Black futures through stories of Black Lower East Siders that span centuries.  We invite you, our public, into this process with us, and are eager to share these stories with you. 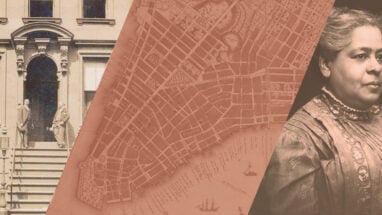 From the story of Sebastiaen de Britto, one of the first Black residents of the area in the 1640s, to Studio We, a musician’s collective in the 1970s, we’ll look through windows into the past that expand the history of today’s Lower East Side. 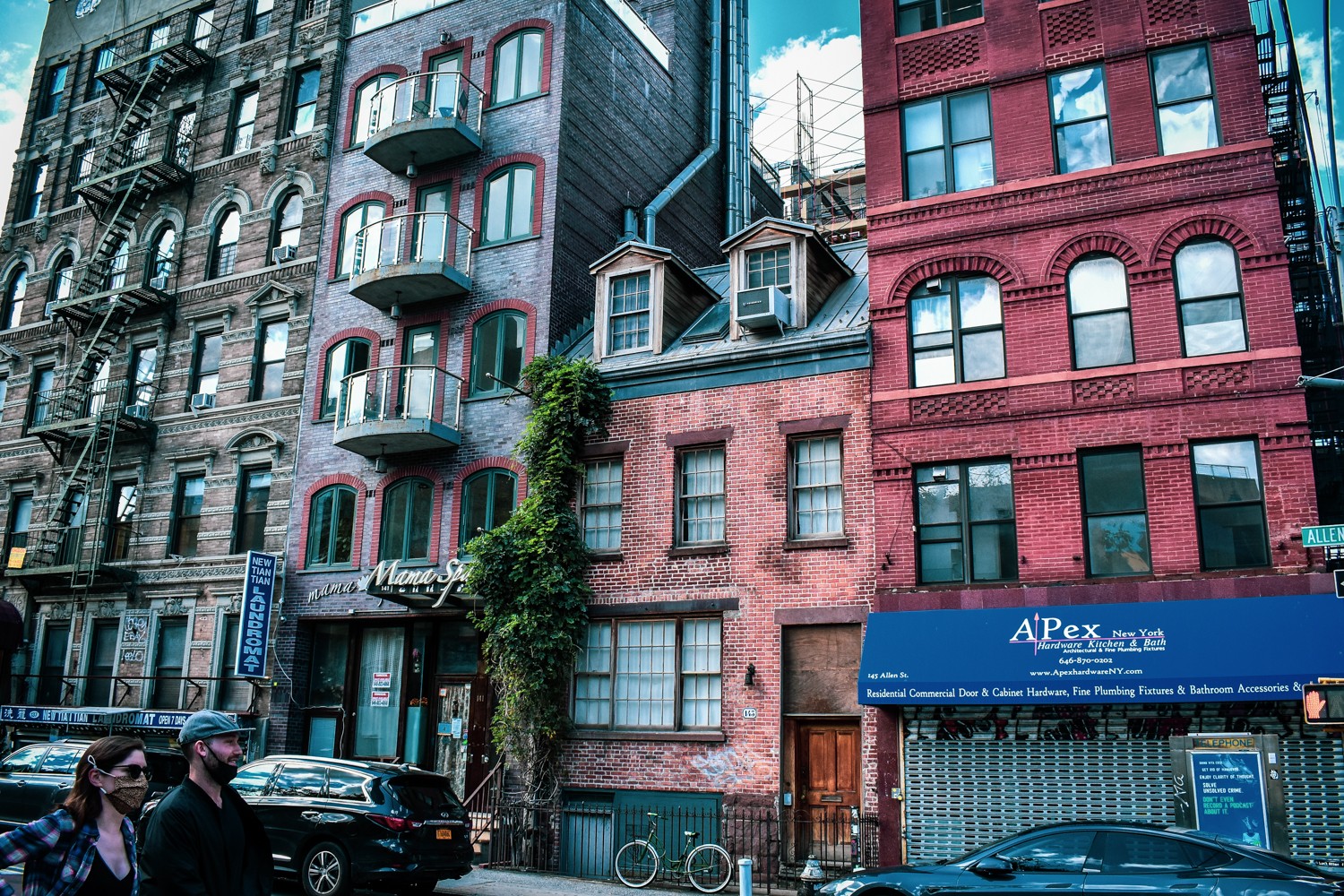 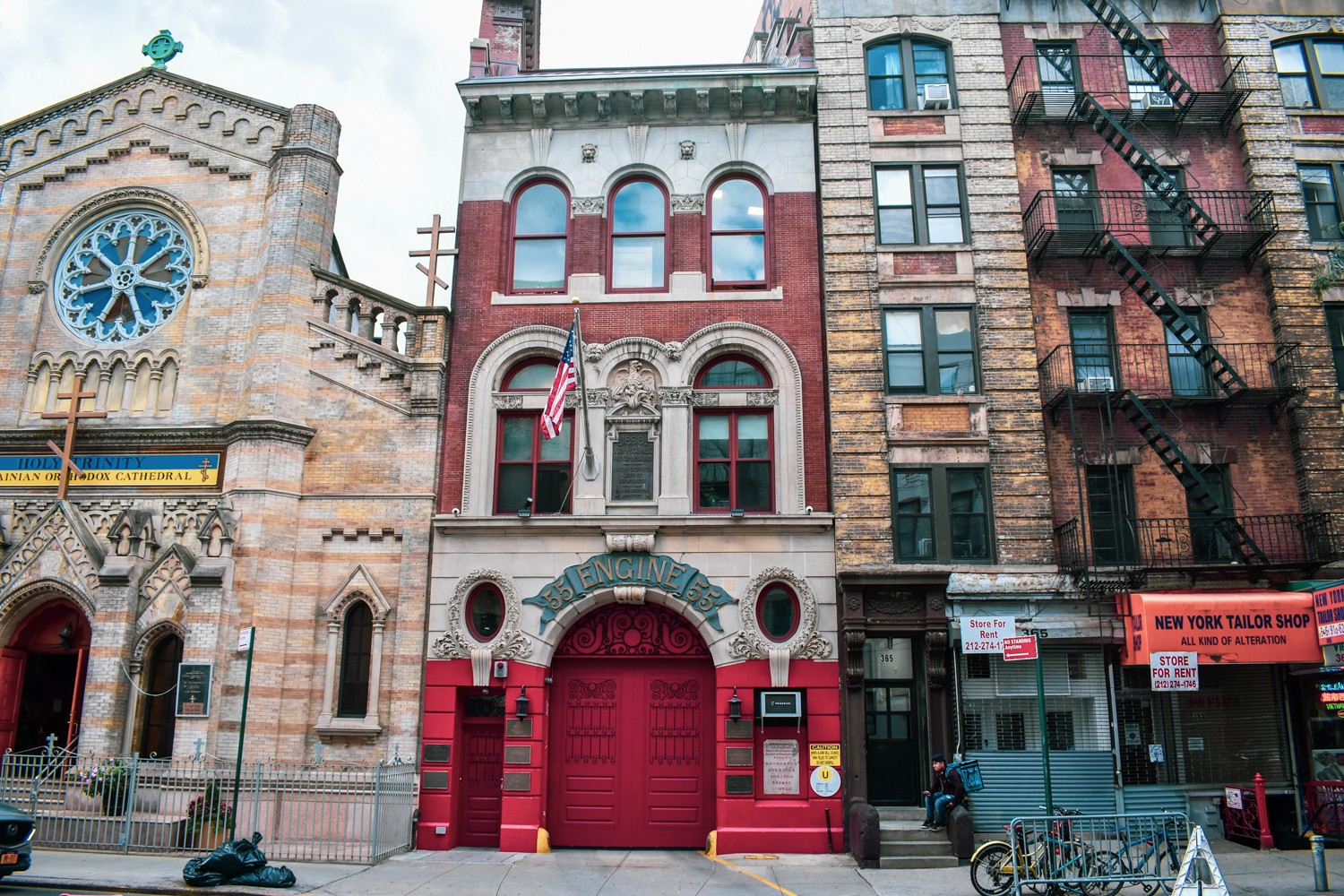 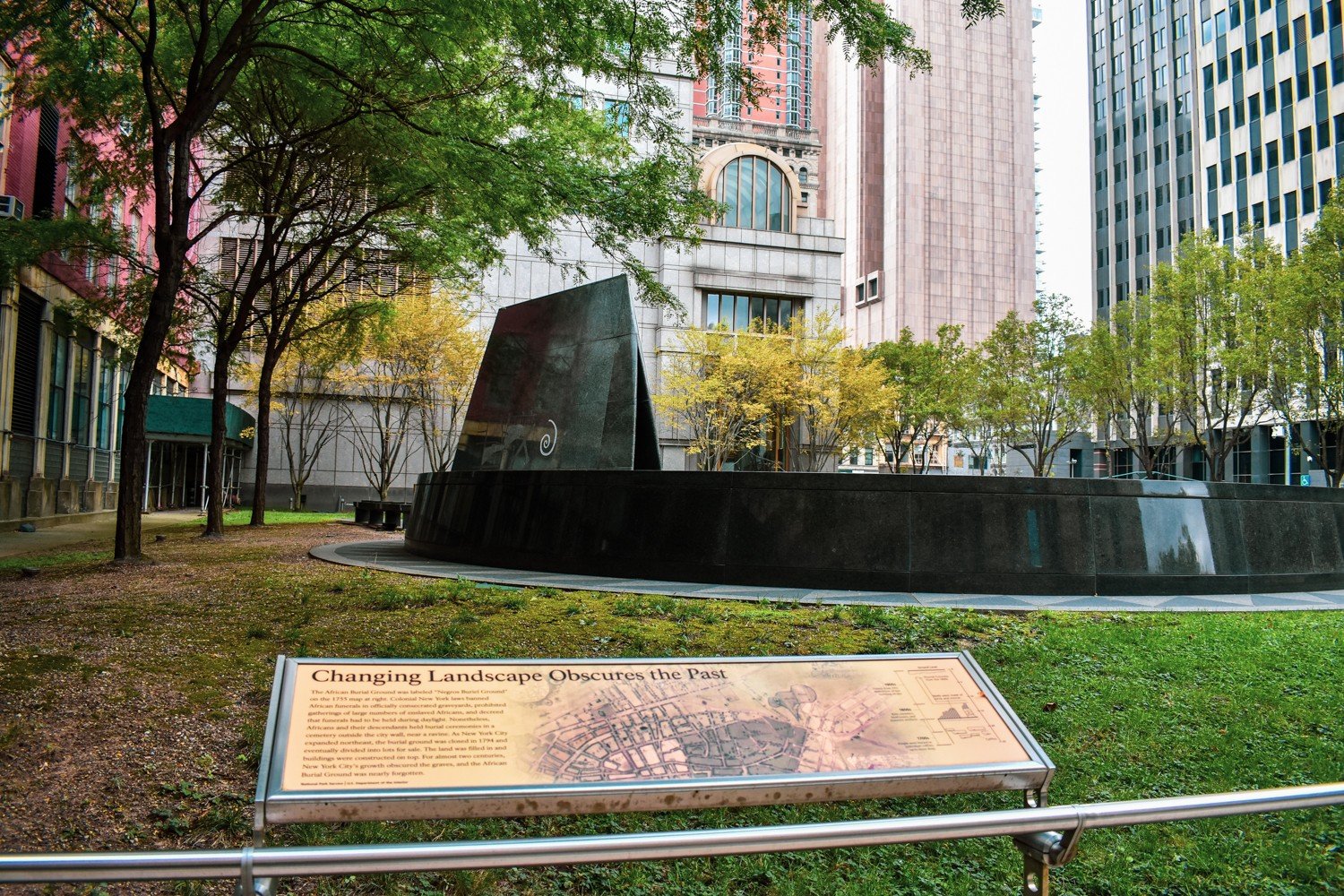 Learn More About Our Partner